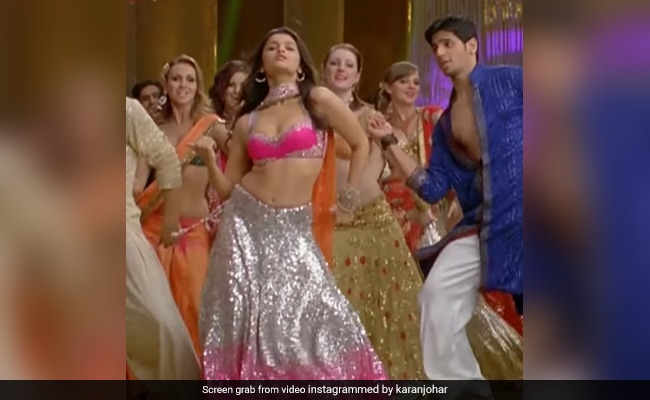 Student Of The Year clocked 10 years on Wednesday and on the special occasion, the film’s director Karan Johar poured his heart out in an extensive social media post. The film starred Alia Bhatt, Sidharth Malhotra and Varun Dhawan in their Bollywood debuts. Karan Johar wrote in his note: “SOTY started of as me making a “holiday film”… A film that certainly wasn’t intended to move any cinematic mountains but a film that was young , fun and entertaining… What I didn’t realise then that this film would give me so much more than memories or a commercial success… would give so much more than a film in my directorial archives… this film gave me three of my most defining relationships.”

The filmmaker wrote about how he found a family in Alia, Varun and Sidharth through the film and he added, “Sid, Varun and Alia went on to become my family…besides my mom they are the three people I think I talk to every single day… I never knew way back then that I would have children of my own …but my first protective parental feeling was for all three of them… I love you SID! I love you VARUN and I love you ALIA (yes yes I know I am not supposed to keep saying it but what the heck love is love )… I say it to my kids and I want to say it to all 3 of you…Love you to the moon and back.”

Karan Johar also posted a throwback video, in which he says, “Student Of The Year, to me, is a celebration of everything I love about cinema…. The youth, the zest, the zing, the music, the energy, the comic timing…Everything I have ever loved about Hindi cinema is a part of Student Of The Year. It’s very cliched to say that we are one happy family because we never really are because everyone is screaming and trying to get work done but this felt like I was an old student in high school.”

Karan Johar also shared throwback pictures with Alia Bhatt, Sidharth Malhotra and Varun Dhawan in a separate post and he wrote: “Down the years with my students of every year! So proud of their cinema journey! It’s no Raaz(I) that they have mastered the ABCD of their craft and emerged as Shershaahs of goodness and talent! Love you! #10yearsofsoty.” Let’s see if you can decode all the film names in his caption.

Student Of The Year marked the Bollywood debuts of Alia Bhatt, Sidharth Malhotra and Varun Dhawan – all are top actors today. The second installment of the film released in 2019 and it featured Tiger Shroff, Ananya Panday and Tara Sutaria.