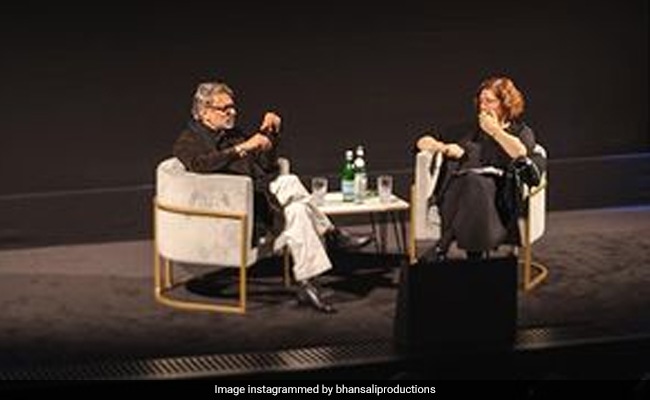 Alia Bhatt’s Gangubai Kathiawadi made all the right noises since the first look of the film was launched. Now, months after its release, the movie by Sanjay Leela Bhansali is scaling new heights. The film will be submitted in various categories at the British Academy Film Awards (BAFTA) 2022. Some of the categories are Best Film, Director, Adapted Screenplay, Leading Actress and Film Not in the English Language. Now, ahead of the awards, Sanjay Leela Bhansali gave a masterclass at BAFTA. A glimpse of this was shared by leading lady Alia Bhatt on Instagram.

Alia Bhatt shared some behind-the-scenes glimpses leading up to the talk. She wrote on Instagram Stories, “From art to films, and everything in between. Here’s a sneak peek of Sanjay Leela Bhansali’s masterclass at BAFTA.” 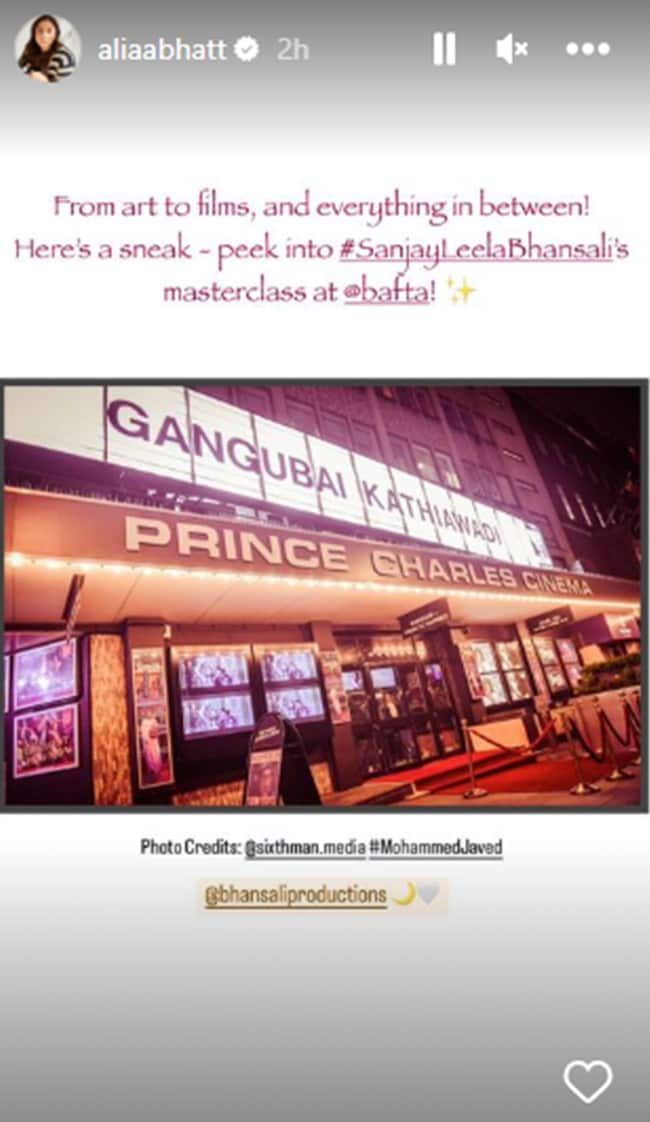 The official Instagram page of Bhansali Productions also shared updates from the Masterclass. In one post — offering us a glimpse into the event — the caption read,” From art to films, and everything in between! Here’s a sneak peek into #SanjayLeelaBhansali’s masterclass at BAFTA.” Actor Shantanu Maheshwari, who was seen in the film opposite Alia Bhatt, replied with white heart emojis.

Alia Bhatt, meanwhile, said: “It is a great honour to take Gangubai Kathiawadi to the world stage and it gives me nothing but joy to be on this journey with Sanjay Sir. The world has shown the film a lot of love and appreciation and we are excited to receive this love in the UK as well.”

Gangubai Kathiawadi is based on the life of the eponymous mafia queen as covered in one of the chapters of Hussain Zaidi’s book Mafia Queens of Mumbai. The film is produced by Jayantilal Gada’s Pen India Limited.

On the work front, Alia Bhatt, who recently turned mother to a baby girl, will be seen in Rocky Aur Rani Ki Prem Kahani with Ranveer Singh.