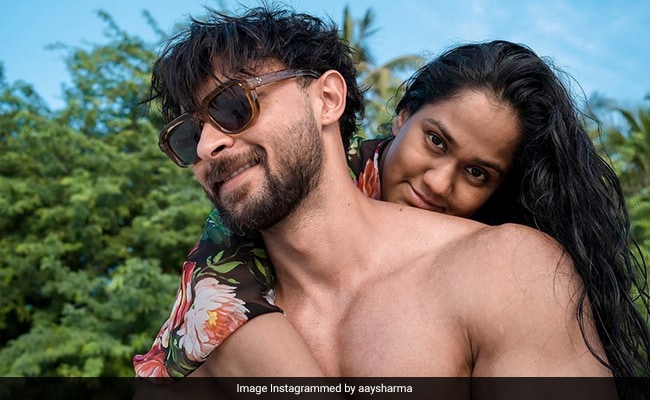 Sharing these beautiful pictures, Aayush Sharma wrote, “Agar aap 8 saal pehle meri life main nahi aate, toh 8 saal baad yeh dono cartoon kaise aate?? (If you hadn’t come in my life 8 years ago, how would these two cartoons come 8 years later?) Happy Birthday to US my love, matlab Happy Anniversary Arpita Khan. 8 years of you surviving my bad sense of humor… may you never get sick of it… Love you.”

Check out a few pictures of them here:

On the work front, Aayush Sharma, who made his Bollywood debut with the 2018 film Loveyatri, was last seen in his brother-in-law Salman Khan’s film Antim: The Final Truth. The actor is currently shooting for his new film, details of which are still under wraps.

What’s Not To Like About Neha Bhasin’s Birthday Look