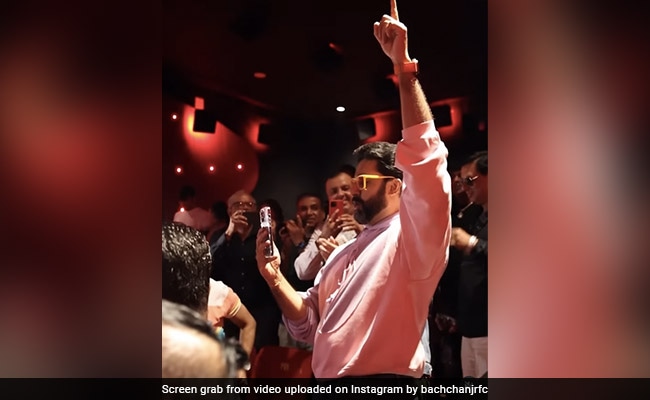 Abhishek Bachchan in a still from the video. (courtesy: bachchanjrfc)

For Amitabh Bachchan’s 80th birthday on Tuesday, his EF (as in extended family) hosted a special screening of his iconic 1978 film Don, which was attended by his son Abhishek and daughter Shweta. After attending the film screening, an emotional Abhishek Bachchan thanked his father’s fans in an Instagram story on Wednesday. He wrote: “This was such an amazing experience. Dad’s EF organised a special show of Don and so many of the EF flew in from all over the country and the world to celebrate their favourite. It was such an honour to witness their love and dedication for him. Thankyou to all the EF for making the last few days so special for my father. I am indebted.” 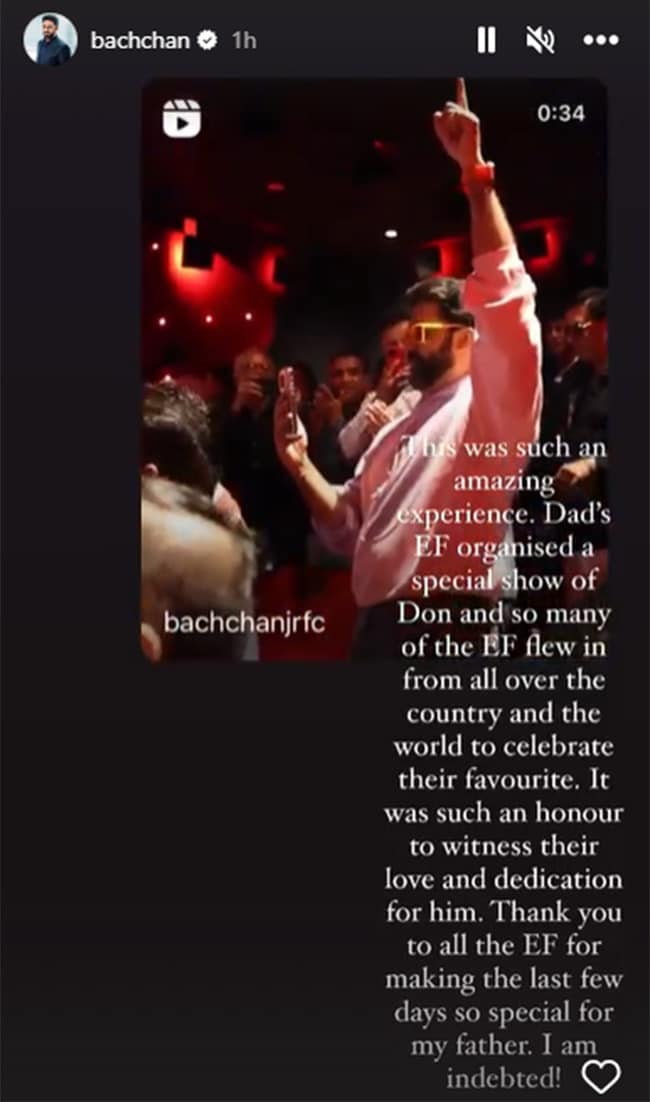 On his Instagram story, the actor also shared the video from the screening that he attended. The video was originally shared by a fan club dedicated to Abhishek Bachchan.

Abhishek Bachchan too made his father Big B’s 80th birthday special and how. Abhishek, along with mom Jaya Bachchan, visited the sets of the TV quiz show Kaun Banega Crorepati 14. In an Instagram post, Abhishek Bachchan revealed that it “took a lot of secrecy, a lot of planning, a lot of hard-work and a lot of rehearsals to get it right. But then again, he deserves no less.” Other members of the family – Aishwarya Rai Bachchan and Aaradhya, Shweta Bachchan, Nikhil Nanda, Navya Naveli Nanda and Agastya Nanda also sent wishes for Amitabh Bachchan in the form of audio visual notes on Big B’s special day.