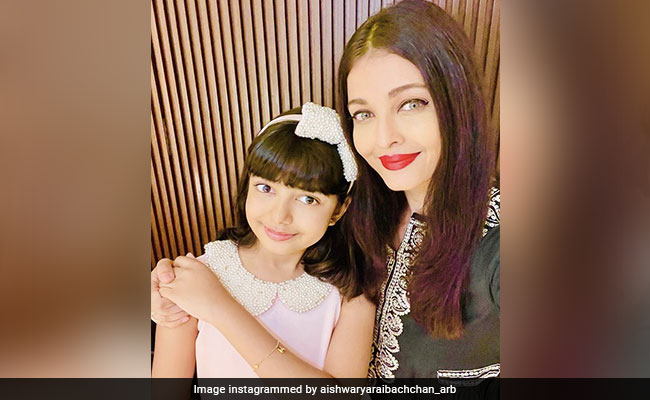 Aishwarya Rai Bachchan, who is gearing up for the release of her forthcoming movie Ponniyin Selvan: I, recently, at a press conference revealed her daughter Aaradhya Bachchan‘s experience on the sets of the movie. Calling it her daughter’s “cherished memory”, she said that Aaradhya was mesmerized when the director Mani Ratnam gave her the opportunity to say, “action”. The actress said, “Aaradhya is yet to see the movie, but at the time, she was sure enthralled. There are many here (referring to her co-stars) who have children, and seeing a period drama is always exciting. She did get the opportunity to visit the sets, and it was mesmerising for her. I could see that in her eyes,” as per news agency PTI.

Aishwarya Rai Bachchan added, “She (Aaradhya) respects him (Mani Ratnam), and she is in awe of him. And his affection is so sweet. I think what excited her most was when one day she came on set and he gave her the opportunity to say ‘action'”. She couldn’t get over that. She was like, ‘Sir gave me the opportunity to say that.’ So that’s probably the most cherished memory. This is really precious, and she values it already. I think, in growing up years, it would be a much-cherished memory.”

The press conference was held in Mumbai, which was attended by Mani Ratnam, AR Rahman, Vikram, Aishwarya Rai Bachchan, Karthi, Jayam Ravi and Trisha. The movie is based on Kalki Krishnamurthy’s popular historical novel Ponniyin Selvan (The Son Of Ponni). Produced by Lyca Productions, the first part of the film will release on September 30 in five regional languages – Hindi, Tamil, Telugu, Kannada and Malayalam.