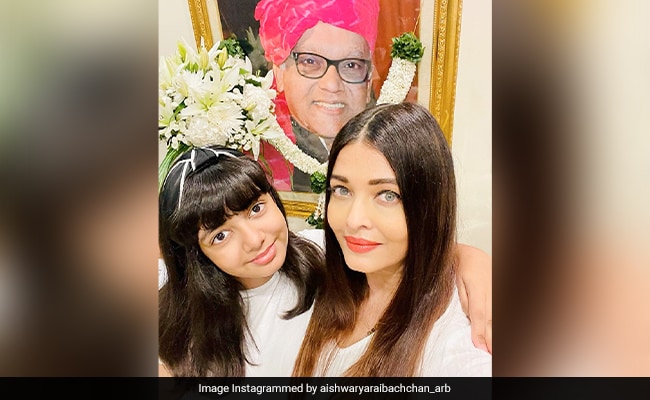 On Sunday, Aishwarya Rai Bachchan remembered her late father Krishnaraj Rai on his birth anniversary. The actress shared a picture in which she and her daughter Aaradhya Bachchan can be seen posing for a selfie, while in the background, we can see her father’s photo hanging on a wall. Along with a photo, she wrote a sweet note that read, “Prayers and Love in Remembrance. Happy Birthday dearest darling Daddyyy-Ajjaaa. Love and more Love Always. God Bless.” Soon after she shared the post, Abhishek Bachchan dropped a heart emoticon in the comment section.

A few days ago, Aishwarya Rai Bachchan celebrated her daughter Aaradhya’s 11th birthday. Sharing an adorable picture on Instagram, the actress wrote, “My love…My life. I love you My Aaradhya,” followed by heart emoticons.

Take a look at Aishwarya and Abhishek’s posts below:

Meanwhile, on the work front, Aishwarya Rai Bachchan is basking in the success of her recently released film Ponniyin Selvan: I. Helmed by Mani Ratnam, the magnum opus also featured Vikram, Jayam Ravi, Karthi and Trisha in lead roles. Next, she will be seen in the sequel of the film, which will release next year. However, the makers are yet to announce the release date.