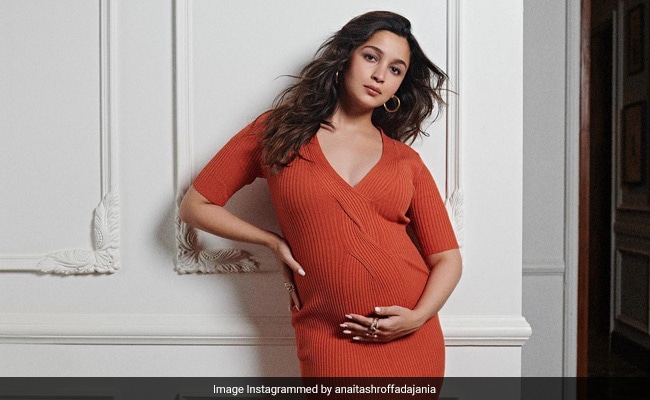 Alia Bhatt’s latest Instagram Stories will definitely make you drool. The actress, who is expecting her first child with Ranbir Kapoor, satiated her midnight cravings by tucking into a “yummy pizza” made by Shilpa Shetty. Alia shared a photo of the half-eaten pizza on her Stories and thanked the Dhadkan actress for it. She wrote: “Thank you my dearest Shilpa Shetty for this yummy yummy pizza…best I have eaten!” Shilpa was quick to respond to the thank you note. She reshared Alia Bhatt’s Stories on her profile and replied: “So glad you liked it. More… coming soon. Enjoy, Alia” and added hugging emojis to her text. 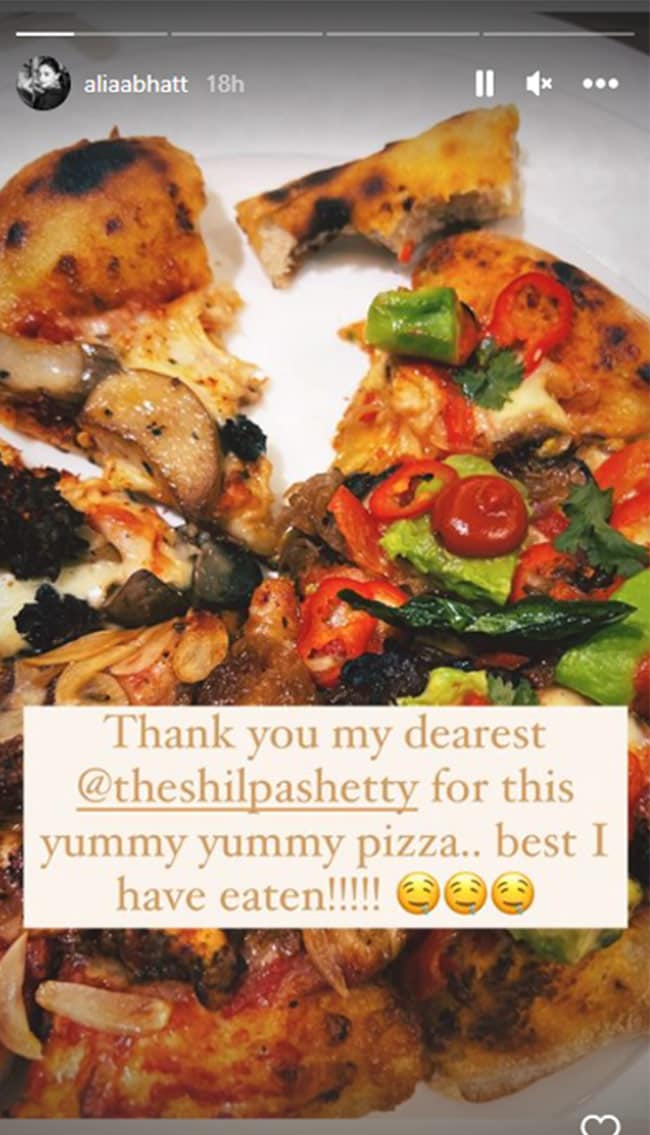 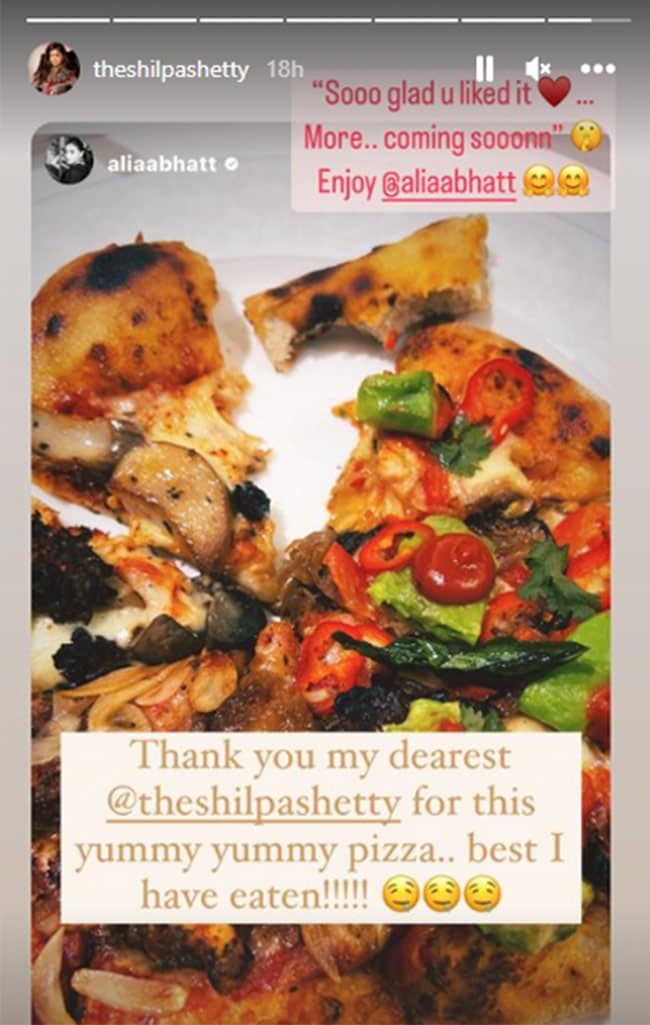 Alia Bhatt has been garnering praise for her performance as Keya Dhawan in the first look of Tom Harper’s Heart Of Stone, co-starring Gal Gadot and Jamie Dornan, among others. She shared the first look of her Hollywood debut on Sunday and wrote: “The first look of Heart Of Stone and Keya coming to Netflix in 2023.” The teaser is a mix of clips from the film along with behind-the-scenes videos of the cast members.

Alia Bhatt was last seen in Ayan Mukerji’s Brahmastra, which is her first film with husband and actor Ranbir Kapoor. The film also featured Amitabh Bachchan, Nagarjuna and Mouni Roy. Shah Rukh Khan made a special appearance in the first part of the Brahmastra trilogy.