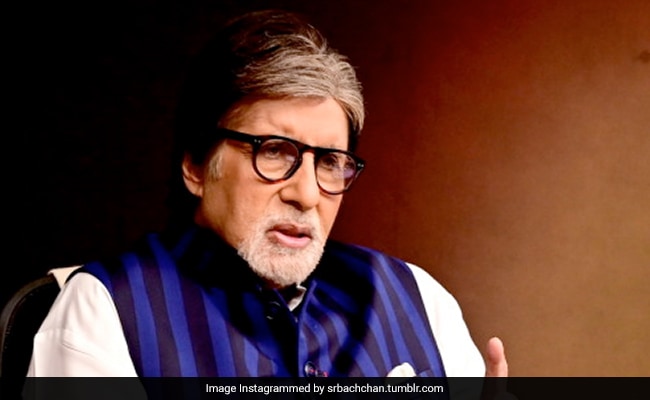 Amitabh Bachchan, who maintains a regular blog entry, on Wednesday, recalled the time when he used to work in Kolkata. Amitabh Bachchan worked in Kolkata before moving to Mumbai and pursuing acting. Big B posted a screenshot of a tweet that read: “The last day of @SrBachchan’s job in Blackers company in Kolkata was 30th Nov 1968. Salary 1640 Rs. File is still preserved there till date.” Amitabh Bachchan wrote: “Look what I found.” The veteran actor recalled sharing his work space with 8 people in a small room. He added, “To be maintaining such a file after so many years and after an insignificant tenure at Blacker’s… So overwhelming,” he added.

Amitabh Bachchan described those days as “the most independent times ever” and added, “8 of us in a 10 by10 room… Those were the days my friend… Office hours, then evening with the guys checking out the joints of popularity…No money to enter them, but standing around with the hope that someday we shall.” The actor recalled how he and his co-workers would pool in money to explore the local places and added, “And we did… pooling in… buttering up the gate keepers… Telling them when time improves shall look after them … haha never happened.”

The veteran actor, signed off his note with these nostalgia-soaked words and wrote about changing times. He wrote: “But when in new profess .. and the shoot in city…Visiting same places , now getting invited to them .. and the change .. meeting those ol’ times and people and giving them the desired promise of yore.. visiting all the ol’ streets of residence in the middle of the night… and recollecting each and every spot and what transpired there… some unpleasant but generally all in the goodness of events… some friends lost .. some of those times still around .. nostalgia .. and the love of them that remained till the last with us.”

In terms of work, Amitabh Bachchan has super busy schedule. He currently hosts the 14th season of the TV quiz show Kaun Banega Crorepati. He was last seen in Sooraj Barjatya’s Uunchai. Big B’s upcoming projects include the Hindi remake of the Hollywood film The Intern, along with Deepika Padukone. Earlier, late actor Rishi Kapoor was to star in the film. He will also be seen in Nag Ashwin’s Project K with Prabhas and Deepika Padukone.

Patralekhaa-Rajkummar, Huma And Others At Monica, O My Darling Success Bash