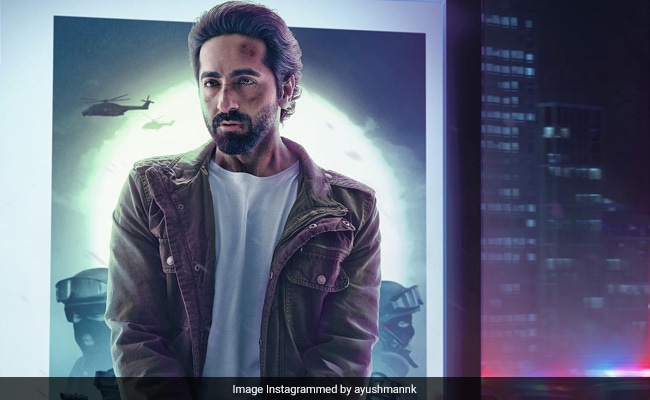 Ayushmann Khurrana’s An Action Hero released this Friday. The Anirudh Iyer directorial is a thriller packed with equal amounts of action sequences and humour. The film stars Ayushmann Khurrana alongside Jaideep Ahlawat. The film faced competition from  Ajay Devgn’s Drishyam 2 and Varun Dhawan and Kriti Sanon’s Bhediya at the box office. The film collected Rs 1.31 crore on opening day. Film trade analyst Taran Adarsh tweeted about the “shockingly low numbers” of  An Action Hero on Day 1.  “#AnActionHero opens to shockingly low numbers on Day 1… Needs to salvage the situation on Day 2 and 3… Fri ₹ 1.31 cr. #India biz,” he wrote.

The “OG Khiladi” Akshay Kumar came as a surprise element in Ayushmann Khurrana’s An Action Hero. Thanking Akshay for being a part of the film, Ayushmann shared a special Instagram post. He uploaded a wonderful black and white frame, which captured the duo looking away from the lenses. Ayushmann wrote, “Flying high on the reviews and because the OG Khiladi is in the house (or rather plane) Thank you Akshay Kumar sir for being a part of our film. We will always be grateful.”

Ayushmann Khurrana’s promotion diaries for An Action Hero have been quite interesting. For one of his promotional stunts, he recreated Ajay Devgn’s iconic entry from the 1991 film Phool Aur Kaante.

Here’s the trailer of the film:

Ayushmann Khurrana is known for working in films like Vicky Donor, Bareilly Ki Barfi, Badhaai Ho, Shubh Mangal Saavdhan, Andhadhun among many others. Jaideep Ahlawat, on the other hand, has acted in movies like Raazi, Commando, Baaghi 3, Khatta Meetha, Gangs of Wasseypur and others.