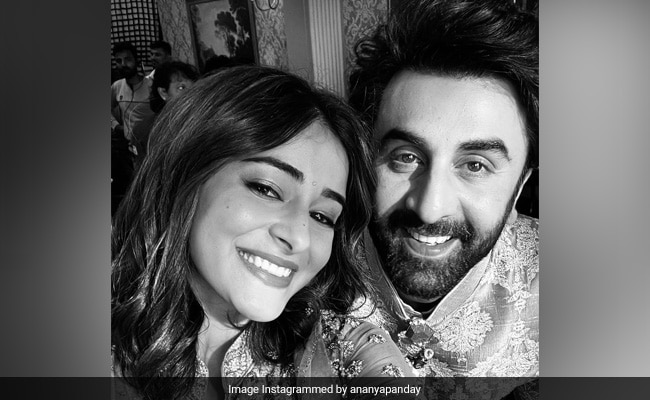 Ananya Panday shared pictures with Ranbir Kapoor on her social media handle, calling him her “Dost Astra.” On Tuesday, Ananya Panday shared two monochrome pictures of herself with Ranbir Kapoor on her Instagram and wrote, “new day, new shoot, new best friend.” Her caption was accompanied by the hashtag Dost Astra. In the pictures, Ananya and Ranbir can be seen wearing Indian ensembles. Ananya’s post garnered over a lakh likes in less than an hour since it was uploaded. Many of her fans flooded her comments section with heart and fire emojis.

Ranbir Kapoor’s film Brahmastra Part One: Shiva, also starring his wife Alia Bhatt, was released on September 9. Ever since Ayan Mukerji’s Astraverse is trending on social media with many inventing new Astra names, one of them being invented by Ananya Panday, “Dost Astra.” Ayan’s film introduces its viewers to many astras including Vanarastra and Nandiastra among others.

On the other hand, Ananya Panday was recently seen in Puri Jagannadh’s Liger, also starring Vijay Deverakonda and Mike Tyson in the lead roles. The film was produced under Karan Johar’s banner Dharma Productions. Liger marked the Bollywood debut of actor Vijay Deverakonda.

Ananya will be next seen in Kho Gaye Hum Kahan, alongside Siddhant Chaturvedi and Adarsh Gourav. Meanwhile, Ranbir Kapoor will be seen in Sandeep Reddy Vanga’s Animal, also starring Anil Kapoor. The film initially had Parineeti Chopra in its cast, however, after her exit, actor Rashmika Mandanna signed the film.