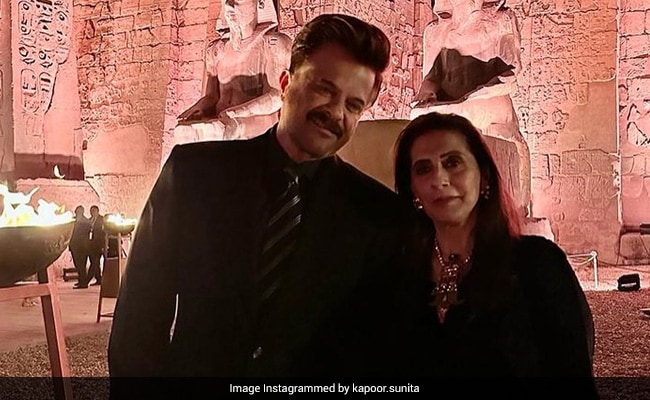 Another day, another page from Anil Kapoor and Sunita Kapoor’s Egypt diaries. The latest set, shared by Sunita Kapoor, features the power couple standing against a beautiful structure. The two look super stylish in all-black ensembles. Along with the postcard, the jewellery designer wrote, “Memory is a way of holding on to the things you love,the things you are, the things you never want to lose.” Sonam Kapoor was among the first to drop a comment under the post. She said, “So chic.. miss you both. Hope you had a fabulous time.” Rhea Kapoor’s husband Karan Boolani has reacted with a bunch of red heart emojis. 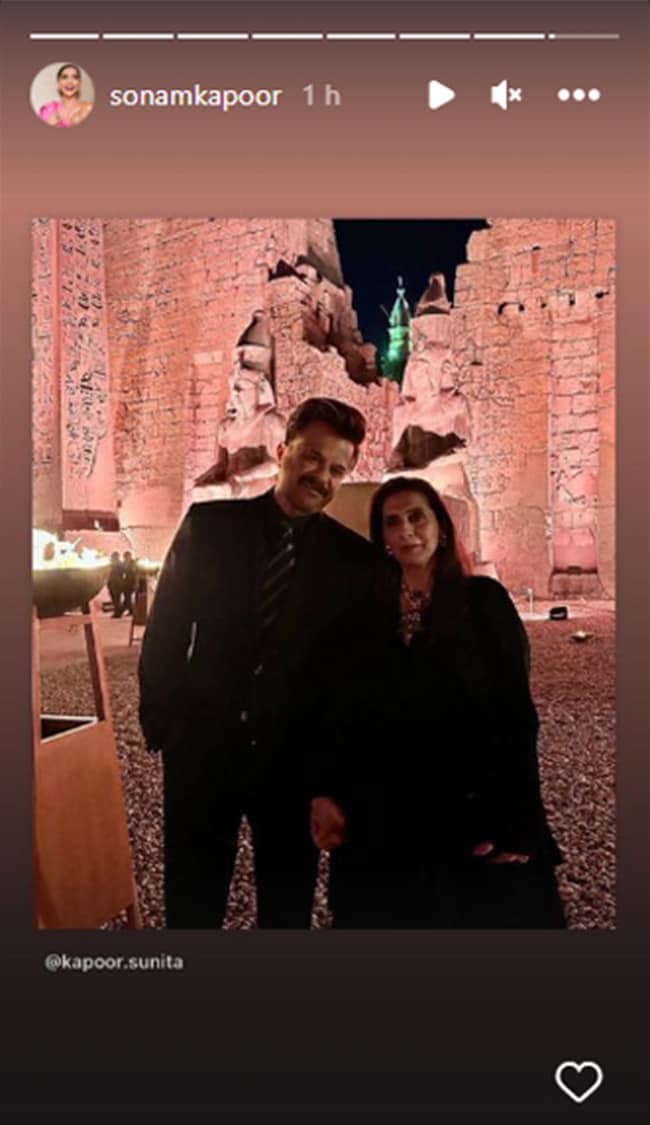 Before this, Anil Kapoor dropped a series of breathtaking pictures on Instagram with Sunita Kapoor. The two, dressed in the casual best, are seen having a blast with the pyramids in the background. For the caption, Anil Kapoor wrote, “Hand in hand making memories everywhere we go.” The pictures became an instant on the social media platform. Replying to the post, Rhea Kapoor said, “You all should have picked up my FaceTime.” Addressing their daughter’s complaint, Anil Kapoor said, “No signal.” Sonam Kapoor too dropped a note under the post. She called them the “best people in the world.” Sonam’s mother-in-law Priya Ahuja said, “What a lovely picture.” Anil Kapoor’s brother, actor Sanjay Kapoor has declared these pictures “fabulous”.

Now, look at Anil Kapoor’s current mantra. It is “Work. Travel. Rest. Repeat.” The actor wrote this in his caption.

Anil Kapoor will next appear in Animal. The film also stars Ranbir Kapoor and Rashmika Mandanna.