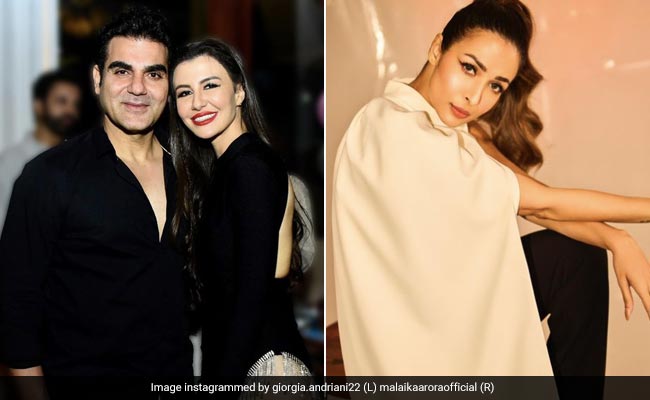 Arbaaz Khan’s girlfriend, Giorgia Andriani, opened up about her equation with Malaika Arora. Speaking to Bollywood Hungama, Giorgia revealed that she “admires” her boyfriend Arbaaz’s ex-wife. When asked if she has met Malaika, to this, she replied, “Many times.” The model added, “I really like her and I appreciate her journey a lot. She also started from zero basically, she was a model so then slowly she reached where she has reached and kudos to her. For me, she’s definitely somebody that I do admire.”

Giorgia Andriani also spoke about her experience of meeting the Khan family. Speaking to Bollywood Hungama, she said, “They are amazing people and they’re so open as well and embracing. I would say so it’s been an amazing experience.”

Giorgia Andriani and Arbaaz Khan have been dating for a while now. Before this, Arbaaz was married to Malaika Arora for almost two decades, but they decided to part ways in 2017. They continue to co-parent their son Arhaan Khan.

During the interview, Giorgia Andriani also opened up on the age difference between her and Arbaaz, which is almost 22 years. The model said, “If for me, if the person is like 100 years old, I will still talk to them if they are like fun, I would still talk to them. Or if the person is younger than me for that matter. It’s not that I’m like, no, you’re younger than me, so I won’t talk to you. Age for me is really just a number.”