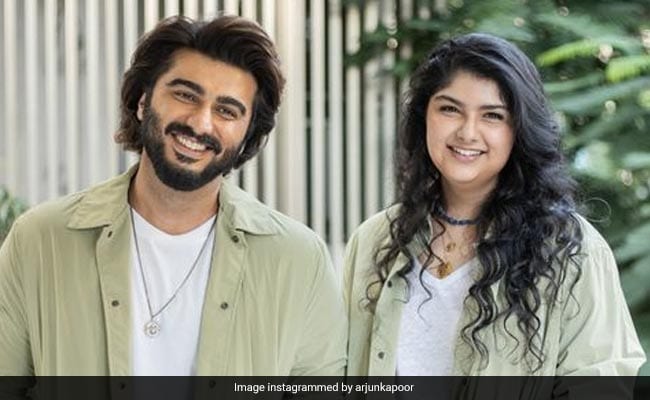 Arjun Kapoor can’t stop gushing about his sister Anshula Kapoor. The actor on Thursday shared a post on his Instagram handle that features beautiful and happy pictures of Anshula. Along with the video, he wrote a sweet note that read, “You’ve come a long way, so don’t stop now. Always super proud of you!” Soon after he shared the post, Anshula replied in the comment section, “Love you Arjun Kapoor, you inspire me to keep going, as we’ve both come a long way.”

Their aunt and Fabulous Lives of Bollywood Wives actor Maheep Kapoor dropped heart emoticons. Check out the post below:

Meanwhile, the actor has been shooting for his next film with Bhumi Pednekar in London. The actor took a break and returned home on the occasion of Diwali. He shared a happy picture on his Instagram handle in which we can see the Kapoor boys, including Boney, Anil and Sanjay Kapoor, posing with their mother, Nirmal Kapoor. Sharing the post, he wrote, “The Sons & Grandsons in black(almost) with the main woman of the house for Diwali !!!”

On the work front, Arjun Kapoor was last seen in Ek Villain Returns. Next, he will be seen in The Lady Killer with Bhumi Pednekar, Aasmaan Bhardwaj’s Kuttey and Meri Patni Ka Remake.

Style And The City: Priyanka Chopra’s OOTD Was This