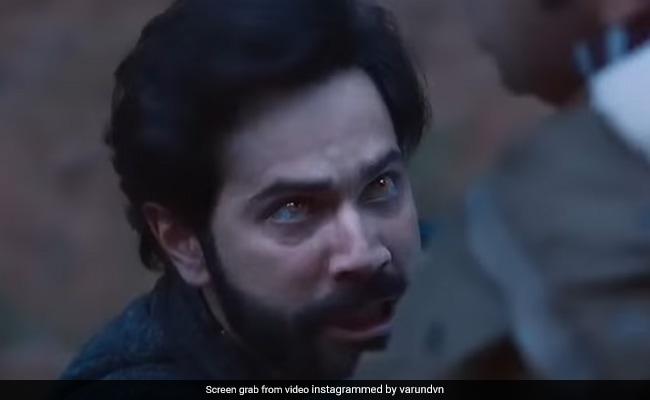 Varun Dhawan, who is gearing up for the release of his horror-comedy filmBhediya, co-starring Kriti Sanon, shared a montage of himself from the film on his Instagram handle on Saturday and wrote, “I am a bad guy.” His caption was accompanied by the hashtag Bhediya. In the video, one can see the transformation of Varun Dhawan, who plays the role of a werewolf in the film. The video starts with Varun Dhawan saying, “Mere body ke andar bhediya ghus gaya hai bhediya (A wolf has entered my body).” In the next few frames, we see Varun Dhawan as the werewolf, who is angry, attacking people and changing into a werewolf in the night and escaping out of a window to the woods. While we see the many shades of Varun as the werewolf in the video, Billie Eilish’s Bad Guy song plays in the background.

While Varun’s fans couldn’t get over his transformation, his co-star from his recently released film Jugjugg Jeeyo Prajakta Koli had a unique concern. Reacting to Varun’s video, the actor commented, “Bade bhaiyya? Or bade bhediya? What do I call you Varun Dhawan?” Prajakta Koli in JugJugg Jeeyo played the role of Varun Dhawan’s little sister Ginny Saini. The film also features Anil Kapoor, Neetu Kapoor and Kiara Advani in the lead roles.

Meanwhile, Varun Dhawan is busy with the promotions of Bhediya, which is all set to release on November 25. The film, directed by Amar Kaushik, also stars Abhishek Banerjee and Deepak Dobriyal in important roles.