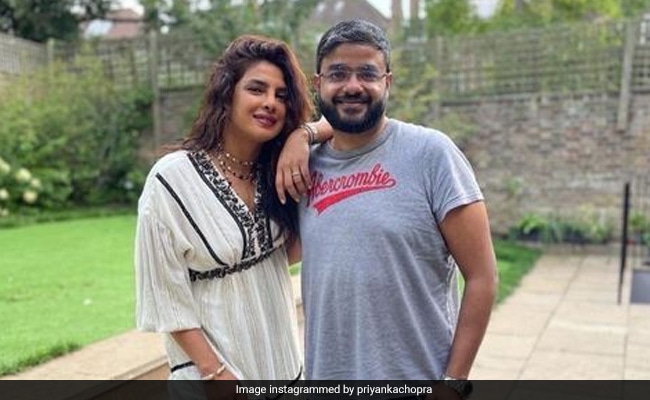 Priyanka Chopra, after delighting her fans with stunning pictures from her Diwali celebrations with family in Los Angeles, shared a Bhai Dooj greeting for her brother and entrepreneur Siddharth Chopra. On her Instagram story, the actress shared a picture of Siddharth with his pet pooch and she captioned it: “Happy Bhai Dooj Siddharth Chopra. Keep smiling always.” Earlier on Thursday, she posted pictures from Diwali festivities along with mom Madhu Chopra, husband Nick Jonas and daughter Malti Marie. In her Diwali post too, Priyanka Chopra tagged her brother Siddharth and wrote, “Missed you.” 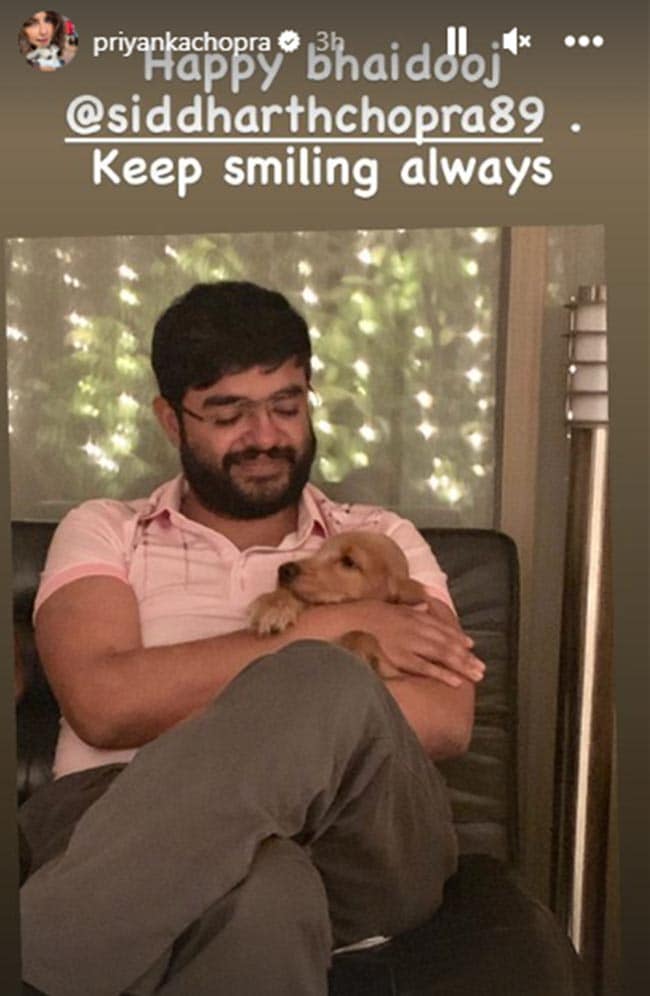 Sharing pictures from her Diwali album, she wrote: “Love, peace and prosperity to all. From a heart truly laden with gratitude, I wish you all a Happy Diwali. Sorry I’m a little late but decided to stay in the moment just a little bit longer.. From ours to yours. Love and light.”

Nick Jonas too shared pictures from the Diwali festivities and he wrote: “Such a beautiful Diwali celebration with my love. Happy Diwali everyone. Sending joy and light to you all.”

In terms of work, Priyanka Chopra was last seen in Matrix 4. She will star in the Hollywood film It’s All Coming Back To Me with Sam Heughan. It will be a Valentine’s Day 2023 release. The actress will also be seen in Russo Brothers’ Citadel. The actress’ next Bollywood project is Farhan Akhtar’s Jee Le Zaraa, also starring Alia Bhatt and Katrina Kaif.

Priyanka Chopra, a former Miss World and a Bollywood star, is a woman of many hats. She is the first South Asian woman to headline the cast of an American television show and has featured in many Hollywood projects. Priyanka Chopra is a tech-investor and also counts as a UNICEF Goodwill Ambassador. She also opened an Indian restaurant called Sona in New York and also has a haircare brand.