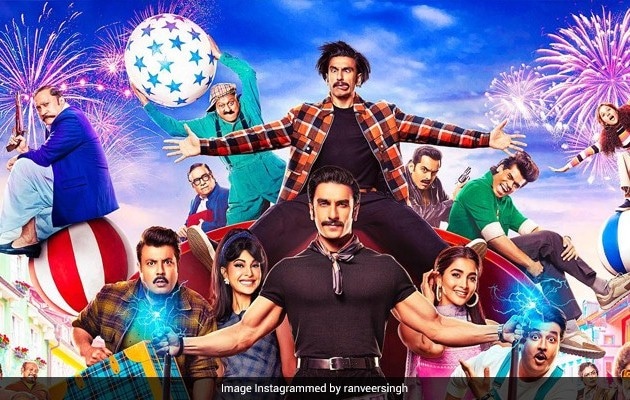 Any special plans for Christmas this year? If your answer is no then get ready to go on a rollercoaster ride and experience “double madness” with Ranveer Singh and his Cirkus family. They are “back to entertain” your families in theatres on December 23. A day after introducing us to his “Cirkus family,” Ranveer Singh thrilled Instagram on Saturday by sharing new posters of his film back-to-back. The actor will be seen in a double role in this Rohit Shetty directorial. Cirkus family also comprises Jacqueline Fernandez, Pooja Hegde, Varun Sharma, Tiku Talsania, Johnny Lever, Sanjay Mishra and Vrajesh Hirjee, among others. Sharing the new posters, Ranveer Singh wrote, “Double madness! Christmas manao apni family ke saath!” He also added the hashtag #CirkusThisChristmas along with a bunch of quirky emojis.

The posters feature the fun and crazy looks of the star cast. Check them out here:

The trailer of Rohit Shetty’s film will release next week, announced Ranveer Singh on Friday. He also introduced his Cirkus family to his Instafam. “Before the trailer drops next week, meet our CIRKUS family!” read the caption. It is loosely based on Sanjeev Kumar and Deven Verma’s 1982 film Angoor.

After Cirkus, Ranveer Singh will feature in Karan Johar’s Rocky Aur Rani Ki Prem Kahani opposite Alia Bhatt. The stellar cast of the film also includes Jaya Bachchan, Dharmendra and Shabana Azmi. The film will release on April 28 next year.

Bhediya Film Review: Jack Of All, Master Of Some