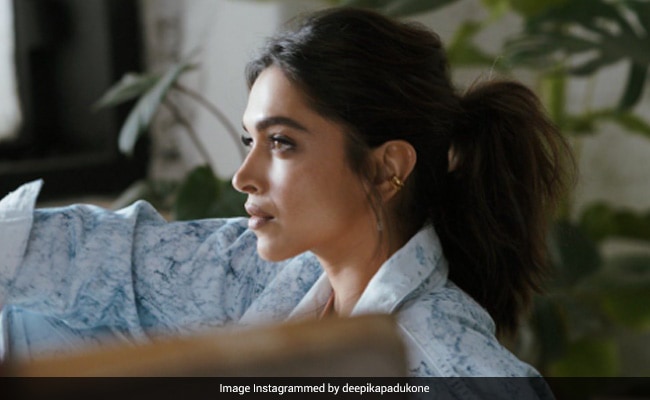 Deepika Padukone has shared some behind-the-scenes pictures from a photoshoot on Instagram. Be it DP’s infectious smile or her happy-go-luck mood, the latest album is all things cute. Well, that’s not it. The caption equally needs your attention. Deepika, this time, has a question for all of us. It read, “What do you think I’m thinking about.” She has also added a thinking cloud emoji to it. Deepika’s Instagram family have flooded the comments with fire and red hearts emojis.  As per a fan, the actress is thinking about “cookie”. Another said, “You are so cute.”

Deepika Padukone loves to drop BTS moments from her shoot diaries. Don’t believe us? Take a look at these pictures recently shared by the actress. For the caption space, she wrote, “I always mean business on set.”

Deepika Padukone will be next seen in Pathaan alongside Shah Rukh Khan. The film also stars John Abraham in a key role. The Siddharth Anand directorial will hit the theatres on January 25. It will release in Hindi, Tamil and Telugu. Earlier this year, Deepika shared her first look motion poster on Instagram. For the side note, she said, “Tadaa….Pathaan releasing on January 25 in Hindi, Tamil and Telugu.”

The teaser of Pathaan was shared by Shah Rukh Khan earlier this year. The actor, who was last seen in the 2018 film Zero, wrote, “I know it’s late… But remember the date… Pathaan time starts now…See you in cinemas on  January 25, 2023. Releasing in Hindi, Tamil and Telugu. Celebrate Pathaan with #YRF50 only at a big screen near you.”

Releasing in Hindi, Tamil and Telugu.

Celebrate #Pathaan with #YRF50 only at a big screen near you. @deepikapadukone |@TheJohnAbraham | #SiddharthAnand | @yrfpic.twitter.com/dm30yLDfF7

Apart from Pathaan, Deepika Padukone has Fighter, opposite Hrithik Roshan. She is also part of Project K. The film stars Prabhas and Amitabh Bachchan.

Deepika Padukone was last seen in Gehraiyaan alongside Ananya Panday and Siddhant Chaturvedi. The film was directed by Shakun Batra.