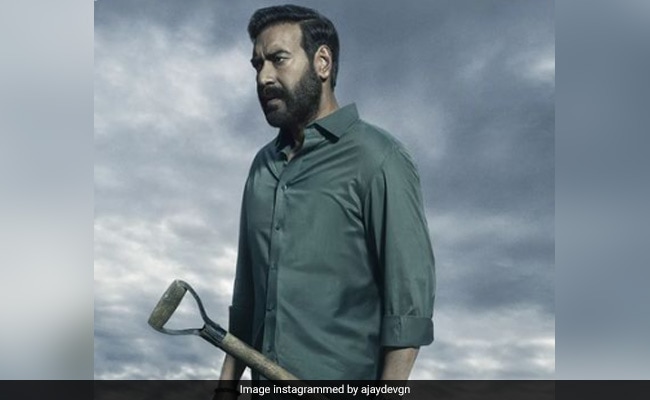 Should we always believe what we see? If you also ponder upon this question often, Ajay Devgn‘s latest update will guide you a bit. The actor has shared an update about his forthcoming film Drishyam 2. The actor Instagrammed a new poster of his look from the Abhishek Pathak directorial.  Ajay Devgn starred as Vijay Salgaonkar in the 2015 Drishyam and has now reprised his role in the sequel. Here, Ajay Devgn looks intense with a spade in one of his hands. “Sawaal yeh nahin ki aapki aakhon ke saamne kya hai; sawaal yeh hai ki aap dekh kya rahe hain (The question is not what’s in front of your eyes; the question is what exactly are you looking for),” he wrote in the caption. Ajay Devgn added the release date of the film: “Drishyam 2. Case reopens on November 18, 2022.”

The 2015 and 2022’s Drishyam movies are the Hindi remake of Mohanlal’s hit Malayalam films. The first part shows Vijay Salgaonkar’s daughter accidentally killing the villainous son of a police officer (played by Tabu). Vijay then tricks the police by narrating a fake story and using some bills to back up his claim.

For the second part, Akshaye Khanna has joined the cast of Drishyam. The film also stars Tabu, Shriya Saran and Ishita Dutta.

Drishyam was also remade in Tamil, titled Papanasam. Kamal Haasan stepped into the shoes of Mohanlal in the film.

Drishyam 2 will release in theatres on November 18.