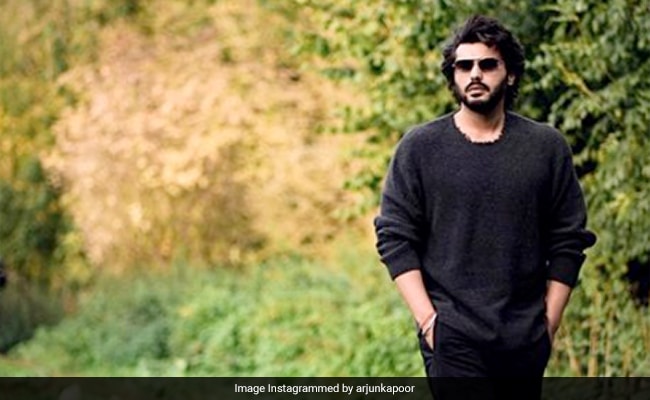 Arjun Kapoor, who is currently in London to shoot his untitled film with actor Bhumi Pednekar, recently shared a picture of himself from the film’s sets and revealed what he thinks about life. Sharing a picture of himself from a park in London on Instagram, the actor wrote, “Life is a walk in the park… (literally).” His caption was accompanied by the hashtags London, Shoot Diaries, and Sweater Weather. In the picture, the actor can be seen sporting an all-black look.” Arjun’s post caught the attention of his brother-in-law Karan Boolani, who wrote, “Just off for a spinnish.” Karan is the husband of Arjun Kapoor’s cousin Rhea Kapoor.

A few minutes before he shared the post, Arjun also updated his fans with his workout regime and shared a video of him working out at a gym in London. Sharing the video, the actor wrote, “Work In Progress.”

Please check out a screenshot of Arjun Kapoor’s workout video: 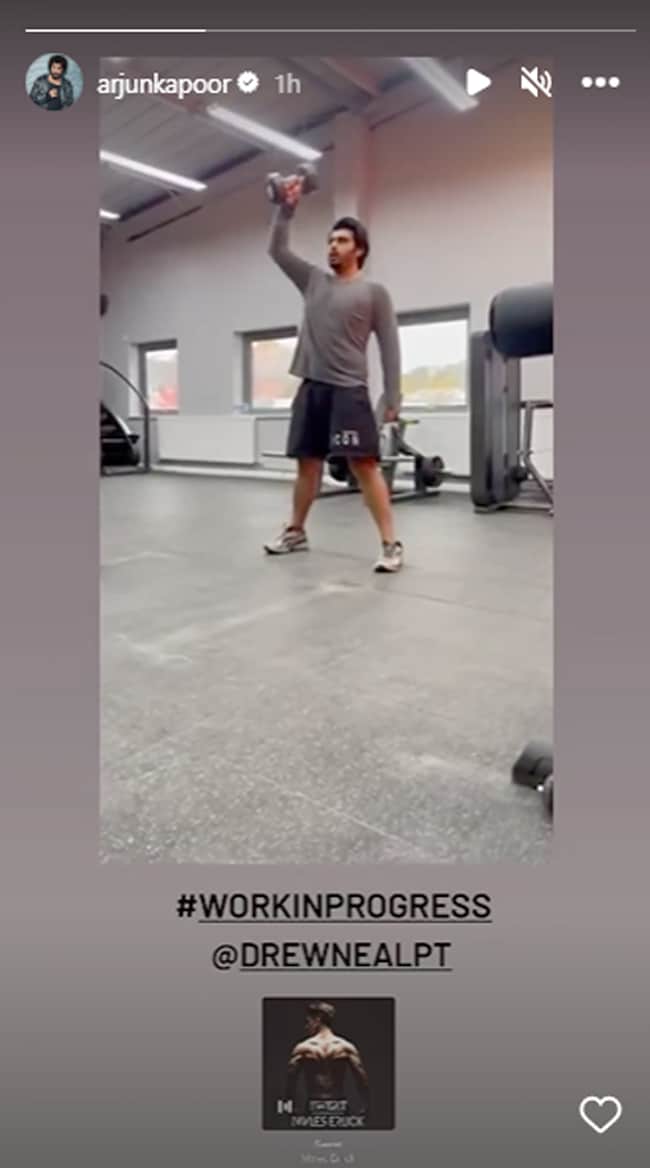 Arjun, who is been in London for a while now, was joined by his girlfriend Malaika Arora a few days ago. The couple shared many pictures from their mini vacation. However, after Malaika’s return to India, Arjun shared an adorable post for his girlfriend on Instagram. Sharing a picture of the actress, Arjun wrote, “Ain’t no sunshine when she’s gone.”

Check out his post for his girlfriend Malaika Arora here:

Actors Rakul Preet Singh and Jacky Baghnani, who are also in London for their film’s shoot, recently hung out with Arjun Kapoor. The actor joined the birthday party of Rakul Preet Singh. He also shared a group picture from the party on his Instagram handle.