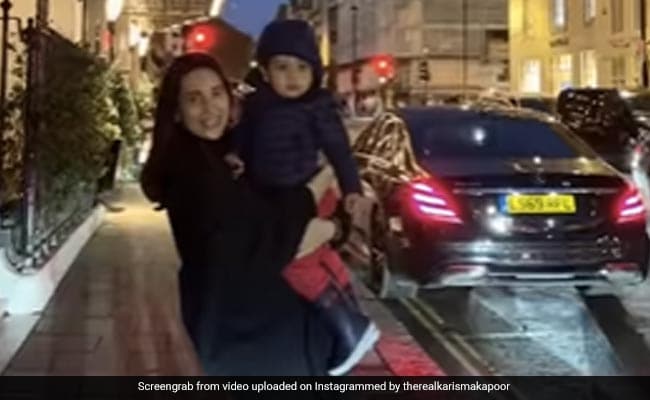 Karisma Kapoor recently shared a throwback video of herself with her “best boy” Jeh Ali Khan and her sister Kareena Kapoor thinks she is the “best sister in the world.” On Thursday, Karisma shared an adorable video with her nephew and Kareena Kapoor’s younger son Jeh Ali Khan. In its caption, she wrote, “Best memory with my best boy.” In the video, Karisma can be seen holding Jeh in her arms and posing for the camera. Both Karisma and Jeh can be seen sporting casual outfits. Karisma’s post caught the attention of Jeh’s aunt and Saif Ali Khan’s sister Saba Pataudi, who commented, “Love him loads.”

Meanwhile, Kareena Kapoor shared her sister Karisma’s post on her Instagram stories and wrote, “Best sis in the world” with hearts. 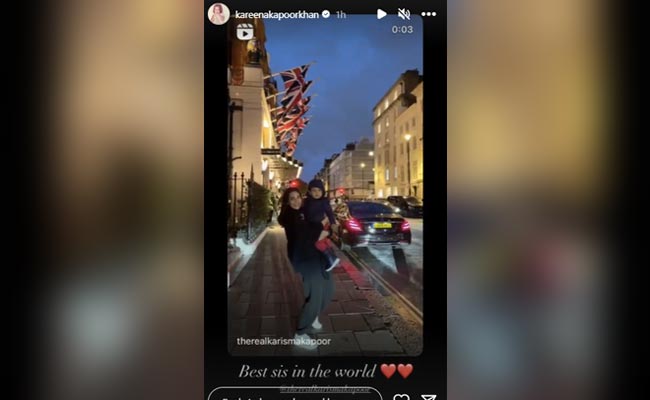 Sisters Karisma and Kareena Kapoor share a strong bond and often post pictures with each other on their respective social media handles.

Just a few days ago, Karisma, who joined Kareena in London, shared a few pictures from her outing with her sister on the streets of London. Sharing a set of beautiful pictures, Karisma wrote, “Ti’s the season already.”

Kareena too shared a few pictures from the same evening on her Instagram handle and wrote, “What sisters do when they have the day together – Pose, Makeup, Shop, Repeat… Girls just wanna have fun.”

Kareena Kapoor was in London for the shoot of Hansal Mehta’s untitled film.

Check out their pictures here:

During Diwali, Karisma shared a family picture, which included her parents – Randhir and Babita Kapoor – and sister Kareena Kapoor.

A few weeks ago, the sisters enjoyed a “Maharashtrian meal day” together.

Check out their pictures here:

Here are a few more pictures of the Kapoor sisters from different ocassions:

On the work front, Kareena Kapoor, who was last seen in Aamir Khan’s Laal Singh Chaddha, will be soon seen in Sujoy Ghosh’s The Devotion Of Suspect X and also Hansal Mehta’s untitled film.

Meanwhile, Karisma Kapoor, who was last seen in a special appearance in Shah Rukh Khan’s Zero, is gearing up for her digital debut.