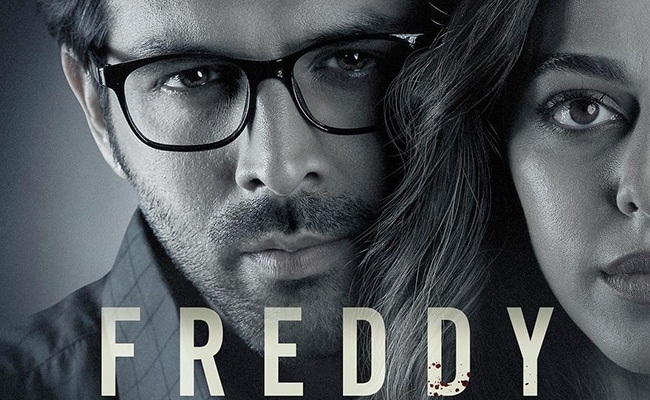 Kartik Aaryan has shared another update related to his upcoming film Freddy, this time featuring his co-star Alaya Furniturewalla. She plays a character named Kainaz and is the subject of Freddy’s obsession. In the poster, which is in shades of grey, Kartik is seen wearing blood-stained gloves and is holding a scalpel-like instrument in his hand suspiciously close to Alaya’s neck. Only one-half of Alaya’s face is visible in the poster. In the caption, Kartik said, “Meet Freddy’s Obsession – Kainaaz.”

A few days ago, Kartik Aaryan also shared his experience of working on the film. He posted a collage featuring pictures of him after gaining weight to play his character in Freddy. He said that the process of playing the character was challenging and gave him sleepless nights. Sharing the post, Kartik wrote, “This is the Origin Story of Freddy which put me under a lot of physical strain and sleepless nights. Seldom comes such opportunities where we get to showcase a completely different side and Freddy is that character.”

The actor also shared a screenshot of an article stating that he had gained 14 kgs for his role.

Earlier, Kartik Aaryan shared the teaser of the film with the caption, “Welcome to the World of Freddy. Appointments open 2nd December 2022.”

Freddy, directed by Shashanka Ghosh, will stream on Disney+ Hotstar on December 2.  Kartik Aaryan was last seen in Bhool Bhulaiyaa 2 with Kiara Advani. His upcoming projects include Satyaprem Ki Katha and Shehzada among others. Actor Paresh Rawal, one of the faces of the Hera Pheri franchise, recently shared on Twitter that Kartik Aaryan is also a part of Hera Pheri 3.

Kartik Aaryan will reportedly play the character of Raju, replacing Akshay Kumar who has refused to reprise the role in the third instalment of the franchise.