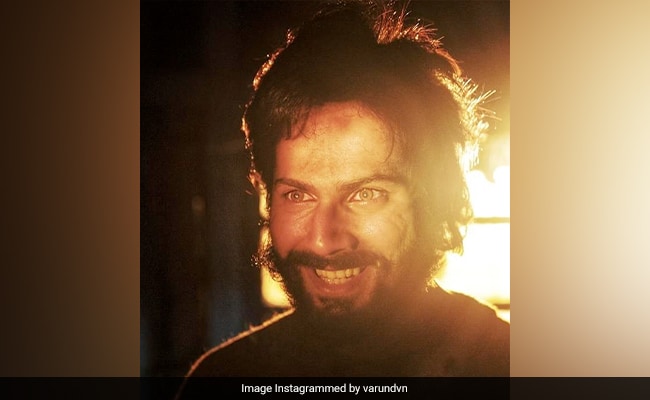 Varun Dhawan has shared a Happy Halloween note for all his fans on Instagram. The post has a twist related to his upcoming horror comedy Bhediya. Varun, who is busy promoting the film, has shared a picture of himself clicked on the sets of Bhediya. The actor looks scary, to say the least Wishing everyone, Varun used the hashtag “Happy Halloween,” with a range of emojis. Some of his friends and colleagues from the industry flooded the comments section. Actress Janhvi Kapoor dropped a fire emoji. Varun and Janhvi will be seen sharing the screen space in Bawaal, directed by Nitesh Tiwari.  Actress Nushrratt Bharuccha said, “Oh My!”

Varun Dhawan and Kriti Sanon have been on a roll to promote Bhediya, directed by Amar Kaushik.  The duo, recently, shared a set of pictures from one of the shoot sessions. In the caption, Kriti mentioned, “Trying to be “sexy”, “hot” and “cute” all at the same time..(swipe)” She also added P.S. Last one’s “US” Varun Dhawan.”

Before this, Varun Dhawan dropped an update about the peppy number Thumkeshwari on Instagram. In the video, Varun and Kriti Sanon are dancing their way out. However, what’s new is Shraddha Kapoor’s surprise cameo appearance. Varun shared a clip from the song with the caption, “Stree ka karoo swagat #thumkeshwari out now.” Shraddha was part of the 2018 film Stree. Hope you got the reference.

Now, check out the official trailer of Bhediya:

Kriti Sanon will be seen playing Dr Anika in the film. In the first-look poster, she is wearing short hair and holding a huge syringe in her hand.  At the time of introducing her character, Kriti wrote, “Meet Dr. Anika! Bhediya ki doctor! (Doctor of wolves) Humans, please visit at your own risk! Bhediya trailer howling tomorrow.”