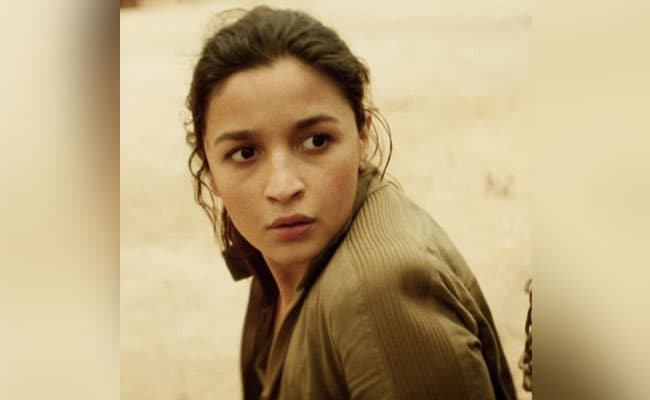 Finally, the makers unveiled the first look ofHeart of Stoneon Saturday. The movie marks the Hollywood debut of Alia Bhatt, who will be sharing screen space with Gal Gadot and Jamie Dornan. In the movie, Alia plays the role of Keya Dhawan while Gal Gadot and Jamie play the roles of Rachel Stone (a CIA agent) and Parker, respectively. Soon after Alia shared the first look on her Instagram handle, her fans were thrilled to watch her. In the video, we can see the stars performing some high-octane stunts. Also, it features some behind-the-scene clips and actors sharing a few words about the movie. The video opens with a bike speeding through a coastal road and a person walking in a desert. A voice-over says, “You know what you signed up for no friends, no relationships. What we do is too important.” Next, we see glimpses of Jamie and Alia’s characters in the short clip. Speaking about the movie, Alia, in the video says, “It has these characters that you connect with and feel for.”

Sharing the video on her Instagram handle, Alia Bhatt wrote, “The first look of Heart Of Stone and Keya coming to Netflix in 2023 #Tudum”. Soon after she shared the video, her industry friends and fans flooded the comment section. Arjun Kapoor wrote, “It’s a biggish proud,” Zoya Akhtar wrote, “Woohoo!” and Alia’s mother Soni Razdan wrote, “Oh fab !!! This is looking so so exciting !” One of her fans wrote, “Eagerly waiting for it Alia,” another wrote, “Wow wow such a amazing.” “Proud,” wrote another. “So proud of you alia !!!! and so excited,” commented a fan.