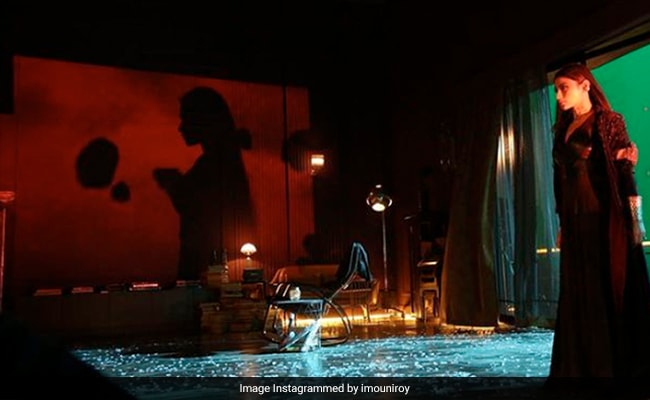 Mouni Roy, who is currently baskin

Mouni Roy, who is currently basking on the success of her film Brahmastra defined her character Junoon like this. Sharing a still from the film on her Instagram on Tuesday, Mouni wrote, “Wild, manic, magic, beautiful and free, Just like the wind, forest & the sea.” Her caption was accompanied by the hashtag JUNOON. The still is from the opening scene of the film, when Mouni’s Junoon meets scientist Mohan Bhargav, played by Shah Rukh Khan. Mouni plays the antagonist in the film, who is in the search of Brahmastra.

While Mouni plays the main antagonist in the first part of Ayan’s Brahmastra trilogy, Amitabh Bachchan, Nagarjuna, and Shah Rukh Khan play the role of the protectors of Brahmastra in the film. Ranbir Kapoor’s Shiva is represented by the element fire and Alia Bhatt plays his love interest, Isha.

Brahmastra opened to positive reviews by critics and earned over Rs100 Crore alone in its Hindi version on its opening weekend in India. Mouni’s character garnered much praise from the viewers. #MouniRoy trended on Twitter on the day of the film’s release, with many praising the TV star’s work.

On Brahmastra‘s release day, Mouni Roy shared an appreciation post for her director Ayan Mukerji. Sharing a picture with him on Instagram, the actor wrote, “The genius of this man created this Astraverse.”

Recently, the actor shared another post on her Instagram, where her squad could be seen wearing t-shirts that had a print of Mouni’s Junoon from Ayan’s film.

Mouni Roy rose to fame with her performance in TV soaps Naagin and Mahadev. Before Brahmastra, the actor was seen in Akshay Kumar’s film Gold. She played his wife in the film.