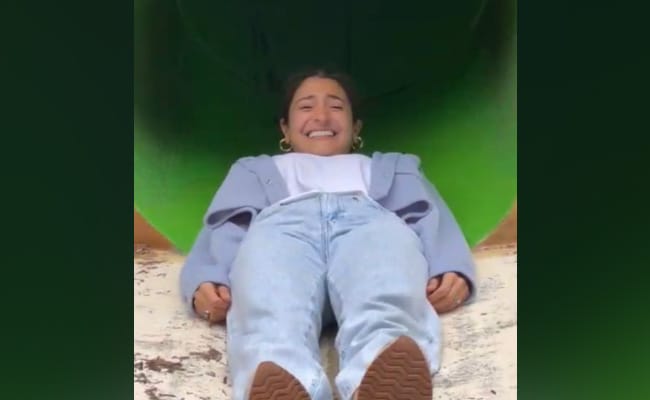 Anushka Sharma has treated her Insta family to a hilarious video from her playdate with daughter Vamika in London. In the video, Anushka can be seen having the time of her life sliding down a swing. In the video, she runs towards a slide meant for the kids and happily comes down. Sharing the post, she wrote, “I was on a play date with my little girl and I was clearly doing most of the playing” Soon after she shared the post, her husband and cricketer Virat Kohli dropped heart emoticons. Rakul Preet Singh commented, “Cuteeeeeer,” followed by a heart emoticon, while a fan wrote, “Hahahaha so cute! These are the best “

Anushka Sharma has been shooting for her forthcoming film Chakda Xpress, based on the life of cricketer Jhulan Goswami. On Sunday, she announced the schedule wrap of Chakda Xpress by re-sharing her director Prosit Roy’s post on her Instagram stories. In the image,  the director can be seen posing with his team and wrote, “And…that’s a wrap!!! #ChakdaXpress #UKSchedule” 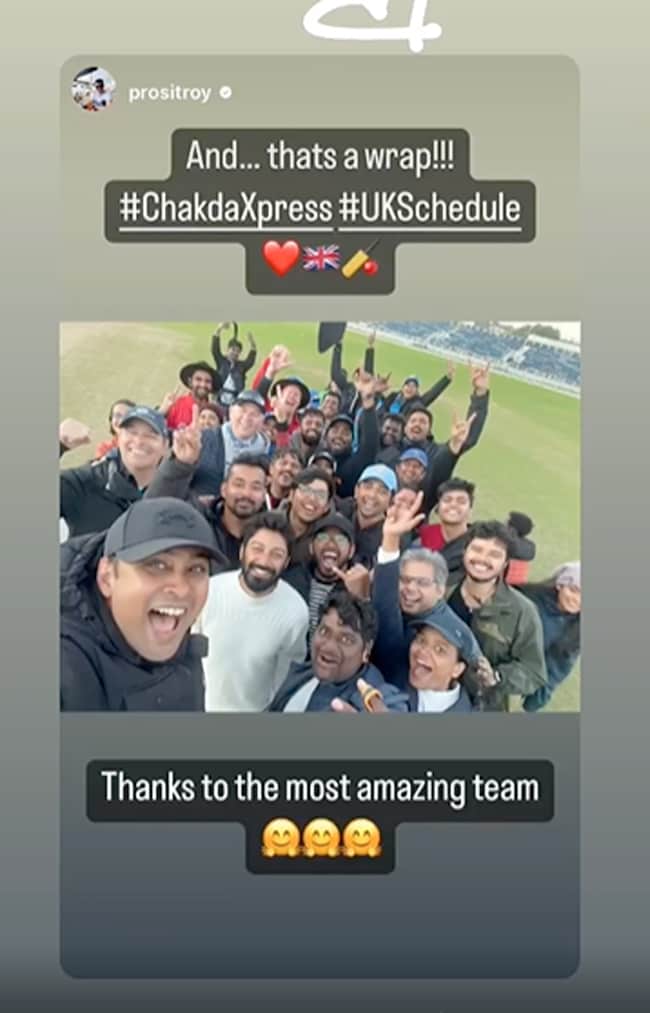 On the retirement of Jhulan Goswami from international cricket, Anushka Sharma shared a series of pictures of the cricketer and wrote, “An inspiration. A role-model. A legend. Your name will be etched in history forever. Thank you @jhulangoswami, for being a game changer in Indian Women’s Cricket.” Soon after she shared the post, Jhulan Goswami thanked the actress in the comment section. She commented, “Thank you so much”

Helmed by Prosit Roy, Chakda Xpress will release on Netflix next year.