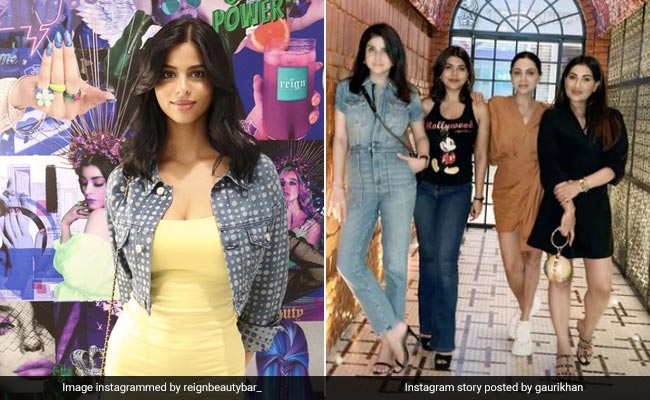 Shah Rukh Khan’s wife Gauri Khan and daughter Suhana Khan are busy holidaying in Dubai with their BFFs Maheep Kapoor and Shanaya Kapoor. Recently, they all shared posts on their respective Instagram stories offering glimpses of their UAE vacation. Gauri re-shared a post on her Instagram handle in which she can be seen posing with her friends, including Maheep. In the image, Gauri looks pretty in a brown short dress paired with white sneakers, while Maheep looks stylish in a denim jumpsuit paired with heels. 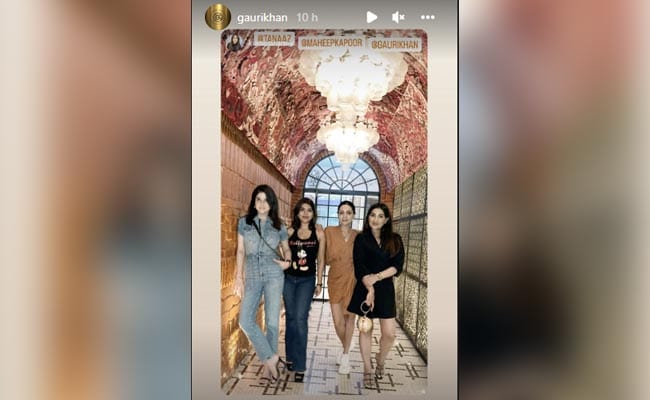 Suhana Khan also shared pictures of herself on her Instagram stories from a beauty salon. In the images, she can be seen in a yellow bodycon dress layered with a denim jacket. In another photo, she flaunted her neon pink manicure. Check out the post below: 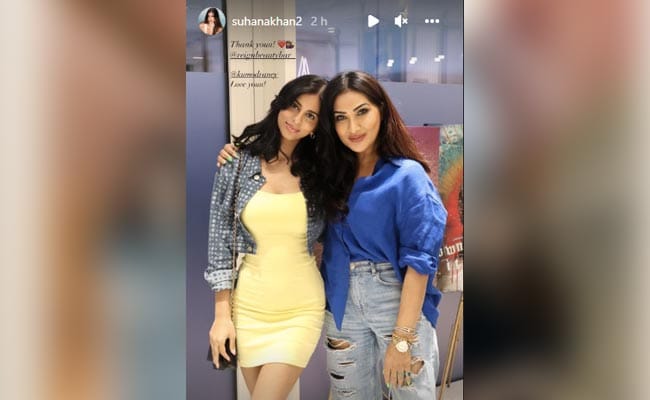 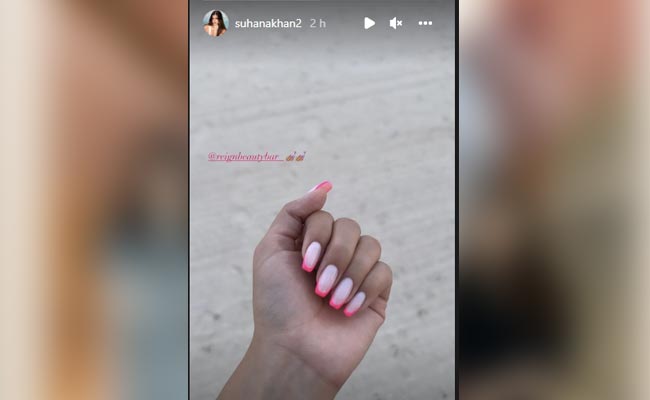 Shanaya Kapoor has also shared a picture of herself from the same salon in which she looks pretty in a beige co-ord set. Check out the post below: 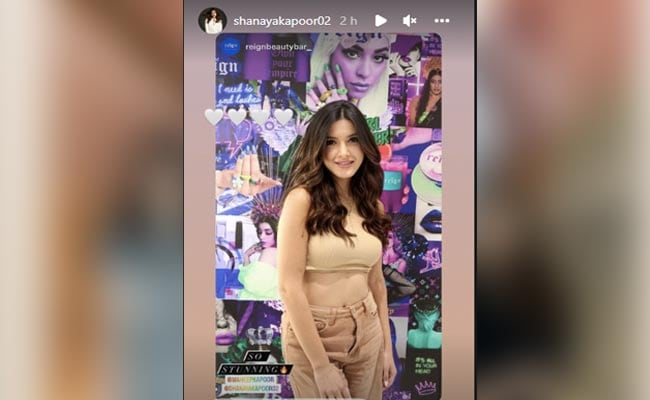 Meanwhile, Suhana Khan and Shanaya Kapoor are going to make their big Bollywood debuts. Suhana will be seen in Zoya Akhtar’s The Archies, co-starring Khushi Kapoor, Agastya Nanda and others. The film will stream on Netflix, while the makers are yet to announce the release date. A few weeks ago, Zoya shared an update on the film. She shared a shot from the movie and wrote, “Someone asked to say Ar-cheese Arriving soon, only on Netflix”. Check out the post below:

On the other hand, Shanaya Kapoor will be seen in Dharma Productions’ Bedhadak, co-starring Lakshay Lalwani and Gurfateh Pirzada. In the film, Shanaya will be playing a character named Nimrit. The movie will go on the floors early next year.