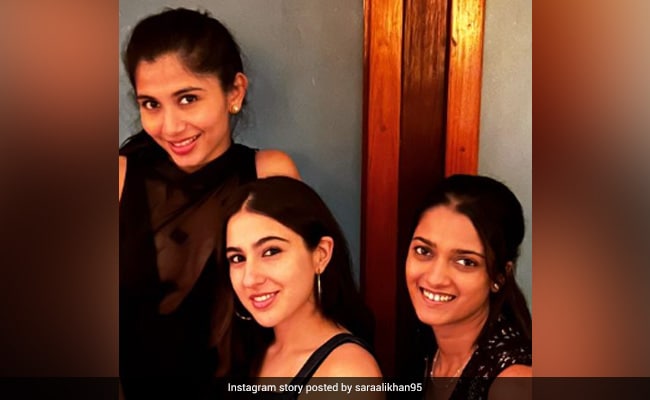 Sara Ali Khan scooped some time out of her busy schedule to hangout with her girlfriends, but it seems like her guy friends had a different plan. On Friday night, Sara Ali Khan shared a picture of herself with two of her girlfriends – Mili Sanwalka and Ahilya Mehta – on her Instagram story. She captioned her picture “Girls Night Out” with a girl head and a dancing girl emojis. In the picture, Sara and her friends can be seen sporting an all-black look. However, her Instagram story on Saturday informed us that her girls’ night out was hijacked by her boyfriends. Sharing a group photo, Sara wrote, “The boys crashed” with an exploding emoji.

Check out her posts here: 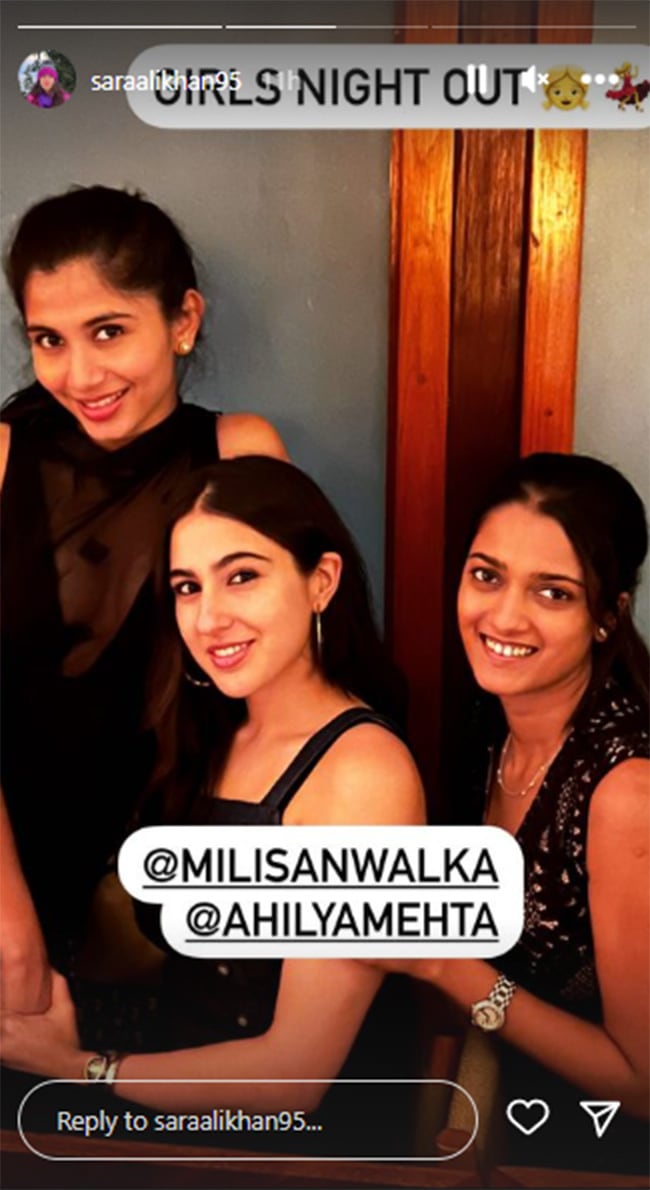 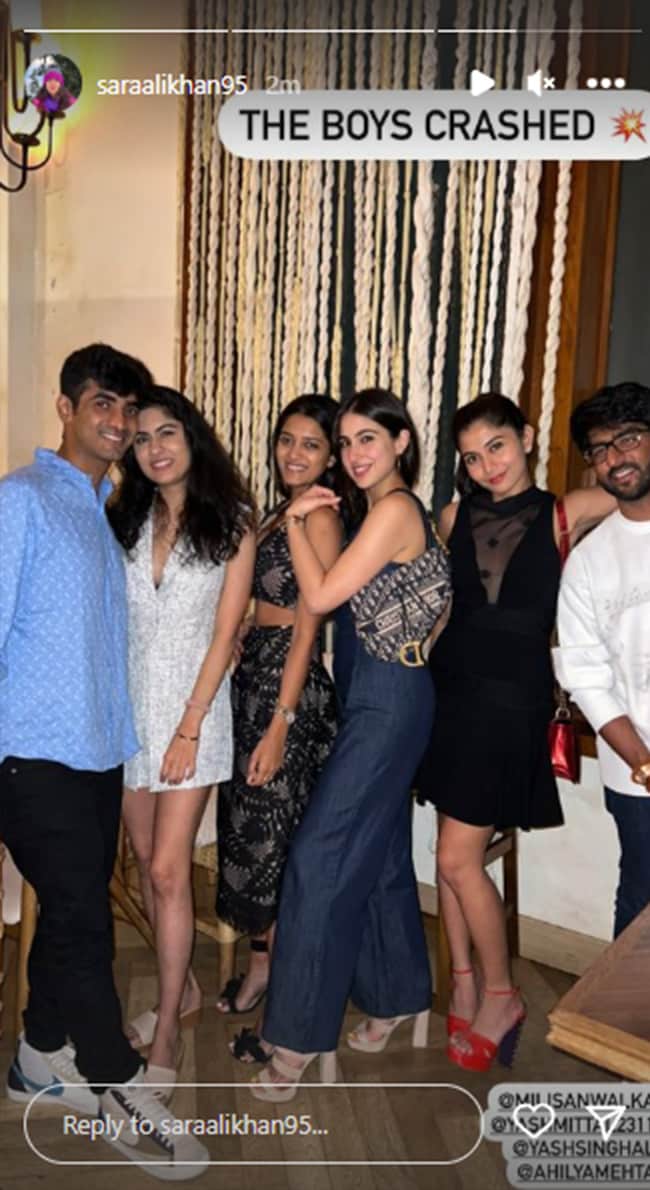 One of her girlfriends Ahilya Mehta too shared a story on her Instagram, where the girls can be seen attending a music gig. Sara Ali Khan often shares quirky pictures and videos on her Instagram. On Friday, the actor shared a picture of herself repeating her Kedarnath wardrobe. Sharing a picture, the actor wrote, “Decided to repeat my Kedarnath wardrobe. Sometimes repeating is the closest to reliving.” In the picture, Sara, who can be seen wearing a purple and yellow salwar kameez is holding a poster of her film in the same outfit.

Kedarnath, directed by Abhishek Kapoor, also starring late Sushant Singh Rajput was Sara Ali Khan’s debut film. The film was released in 2018 to mixed reviews. In the same year, her film Simmba with Ranveer Singh was released, which happened to be a major hit at the box office.

Sara, who was last seen in Aanand L Rai’s Atrangi Re, also starring Akshay Kumar and Dhanush in the lead roles will be soon seen in Laxman Uttekar’s untitled film with Vicky Kaushal. She has also signed the film Gaslight, starring Vikrant Massey.