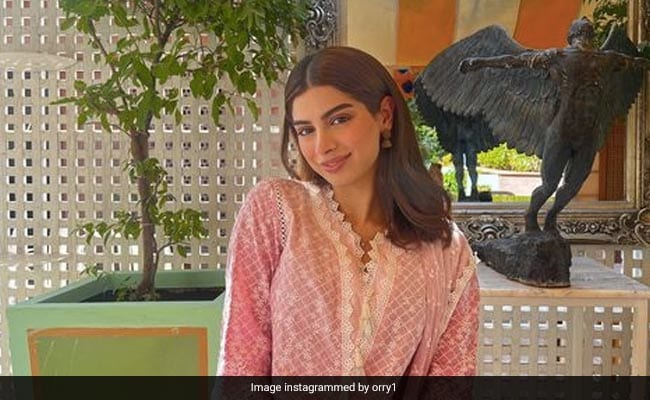 Khushi Kapoor has treated her Insta family to a new picture looking beautiful in a pink traditional outfit. In the image, Khushi can be seen posing for the camera as she waits for her food in a restaurant. Sharing the post, she wrote, “Today,” followed by a white heart emoticon. Soon after she shared the post, her sister and actress Janhvi Kapoor dropped an adorable comment. She wrote, “Pink muffin” Her friends have also commented to the post. Orhan Awatramani wrote, “Kyuki sass bhi kabhi bahu thi,” while Khushi’s aunt Maheep Kapoor dropped heart and love-struck emoticons.

Khushi Kapoor will be making her Bollywood debut with Zoya Akhtar’s The Archies. The movie also stars Shah Rukh Khan’s daughter Suhana Khan and Amitabh Bachchan’s grandson Agastya Nanda. A few months ago, she shared the teaser of the film and captioned it as “Ain’t nothing like old school Grab your gang ’cause the Archies are coming soon”. The movie will stream on Netflix. Check out the post below:

Meanwhile, Khushi Kapoor keeps treating her Insta family to her stunning pictures. A few days ago, she shared images from Akansha Ranjan Kapoor’s birthday party. In the photos, Khushi looked stunning in a white ensemble with a plunging neckline. Check out the post below:

Earlier, Khushi Kapoor shared pictures from her Los Angeles diaries and captioned it as, “Did u really go to La if you haven’t posted a picture of palm trees on your Instagram”. In the images, she can be seen posing with her friends as she enjoys her time in the picturesque location.