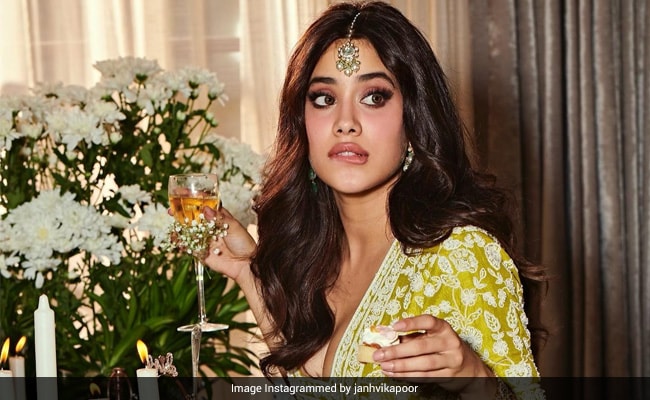 Janhvi Kapoor is on a roll. The actress is making a lot of noise with the trailer release of her upcoming film Mili, directed by Mathukutty Xavier. After receiving an overwhelming response to the trailer, Janhvi shared a special post expressing her gratitude to her fans. But there is a twist. In the pictures, Janhvi can be seen drooling over some sweet treats and drinks. The caption is a reflection of her current state of mind. It read, “Me treating myself after all the love you guys showered on the Mili trailer.” She also added, “In theatres on November 4.” The film will clash with Katrina Kaif’s Phone Bhoot at the box office.

Janhvi Kapoor has been coming up with creative ways to talk about her upcoming film Mili. At the time of the trailer release announcement, she wrote, “The Mili trailer is out now guys.” She added, “And I have realised the best way to pose when you’re sleep-deprived and shaking with nervousness is to avoid eye contact and look mysterious.”

Mili, a story based on true events, features Janhvi Kapoor as Mili Naudiyal, a B.Sc. Nursing Graduate. The survival-thriller narrates the story of a woman, who is stuck in a freezer and fights the situation to stay alive.

Apart from Janhvi Kapoor, Mili stars Sunny Kaushal and Manoj Pahwa in pivotal roles. The movie is a remake of the 2019 Malayalam film Helen, also directed by Mathukutty Xavier.

Janhvi Kapoor also has Mr and Mrs Mahi and Dostana 2 in the pipeline.