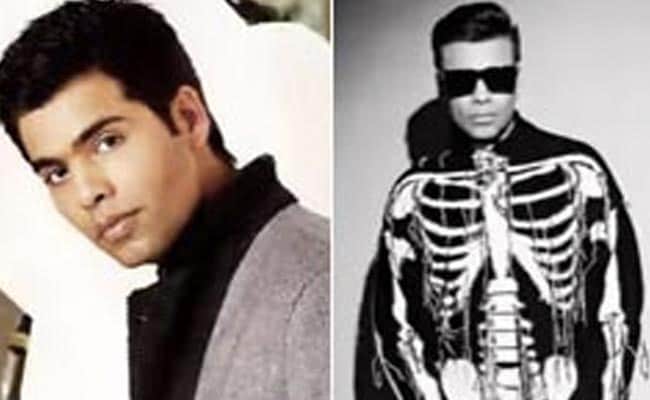 Karan Johar shared a video of his transformation over the years on Instagram and we can’t get over it. The filmmaker-producer, who gave us wonderful films like Kuch Kuch Hota Hai, Kabhi Khushi Kabhie Gham, Kabhi Alvida Na Kehna, Student Of The Year and Ae Dil Hai Mushkil in the past, on Thursday, shared a video on Instagram, which included many pictures of him, showing his transformation from a boy who liked to keep it simple to a man who adds a dash of bling to everything he wears. His caption read, “Then vs Now, they say?” with a tongue-out emoji.

Karan’s post grabbed the attention of many of his friends from the industry. His friend and fashion designer Manish Malhotra reacted to his post and dropped fire, star-eyed, and red heart emojis in the comment section. Actor Pratik Sehajpal wrote, “Superstar” with a star and evil-eyed emoji. National Award winning singer B Praak also commented on Karan Johar’s post. He dropped fire and heart emojis on in the post’s comment section.

Many of Karan’s fans too commented on his post. One of them wrote, “Much love KJo”, while the other wrote, “Decade fashionista.” Another fan wrote, “Love you, Karan, no matter what.”

Check out Karan Johar’s transformation over the years:

Along with being a filmmaker and producer, Karan Johar also appears on Jhalak Dikhla Jaa as its judge along with Madhuri Dixit and Nora Fatehi. He also hosts his chat show Koffee With Karan.

In terms of films, Karan Johar is all set to bring his next directorial Rocky Aur Rani Ki Prem Kahani, starring Ranveer Singh and Alia Bhatt in the lead roles. The film will release in 2023.