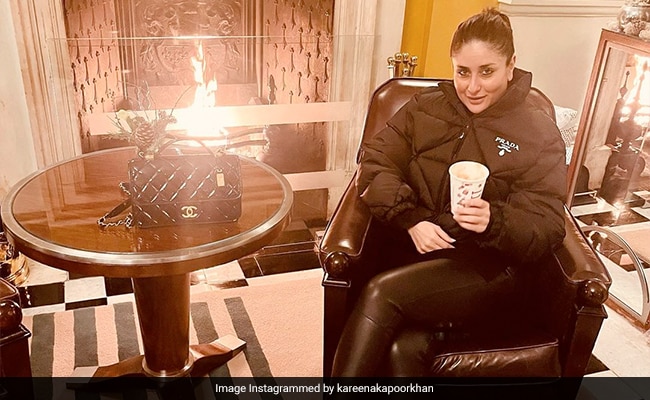 Kareena Kapoor is having a blast with her family in London. After all, it is her “favourite time of the year” – the “fireplace season” – and she is enjoying it to the fullest. The actress, on Monday, posted photos of herself smiling with all her heart near a fireplace. Kareena looks chic in an all-black outfit while sitting on a couch. We loved her Prada puffer jacket and her Chanel handbag. Sharing the pictures, Kareena wrote, “The fireplace season (heart icon) My favourite time of the year is here… (heart icons).” She then gave her sister-in-law Anissa Malhotra Jain the photo credit in the caption.

Kareena Kapoor and Anissa Malhotra Jain also stepped out to have some fun. The actress did not miss to pose and pout for mirror selfies before heading out. On her Instagram Stories, Kareena dropped two pics – the first one features her getting ready for the click. “Must pose and… (grinning face with star eyes emoji),” she wrote in the caption. Kareena followed it with a black-and-white photo of herself. The text read, “And pout before stepping out… (star icon).” 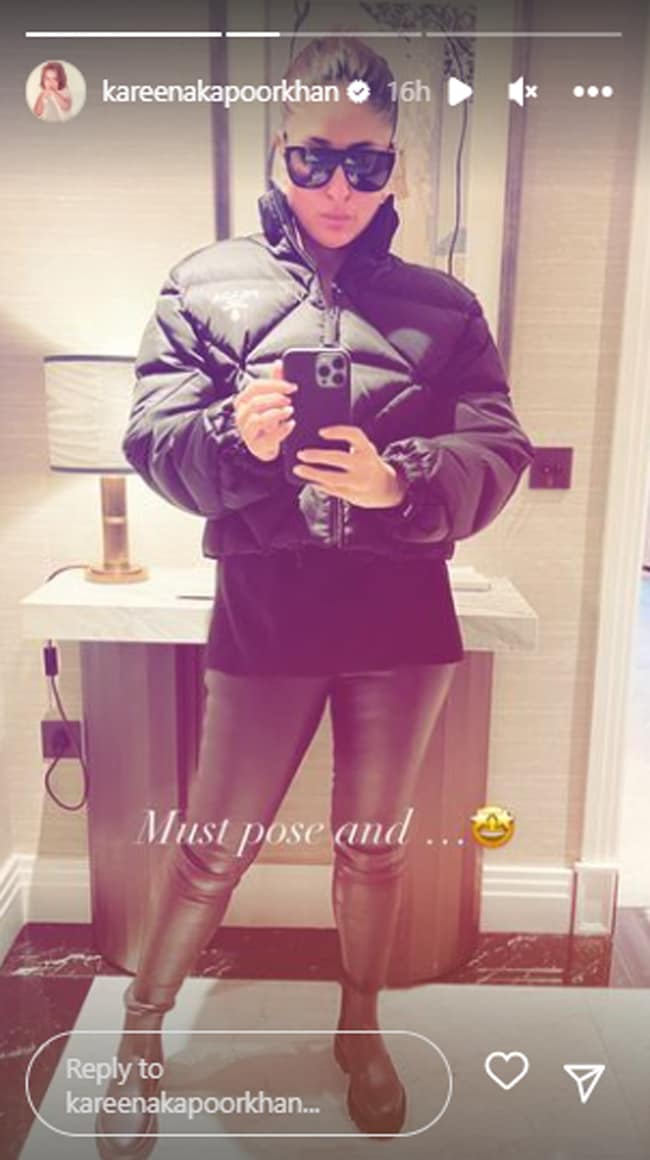 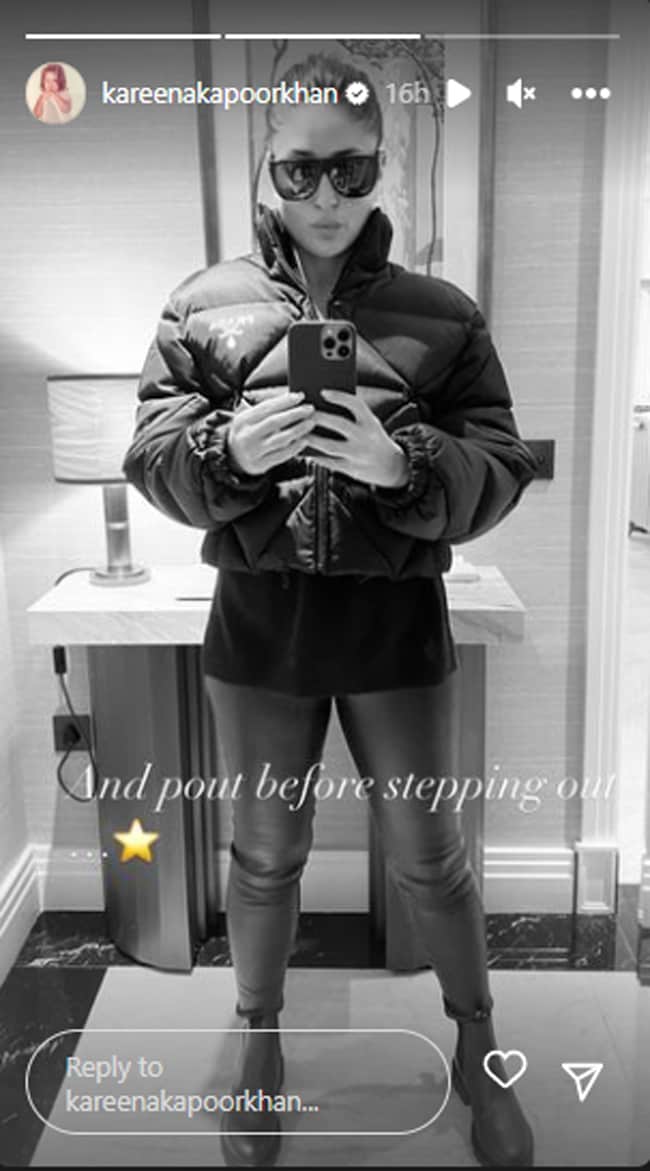 Learn from Kareena Kapoor how to manage work and personal life smoothly. When not busy shooting for Hansal Mehta and Ekta Kapoor’s untitled project, Kareena loves spending time with her son Jeh and sister Karisma Kapoor.

Apart from Hansal Mehta’s film, Kareena Kapoor has The Devotion Of Suspect X lined up. She was last seen in Aamir Khan’s Laal Singh Chaddha.