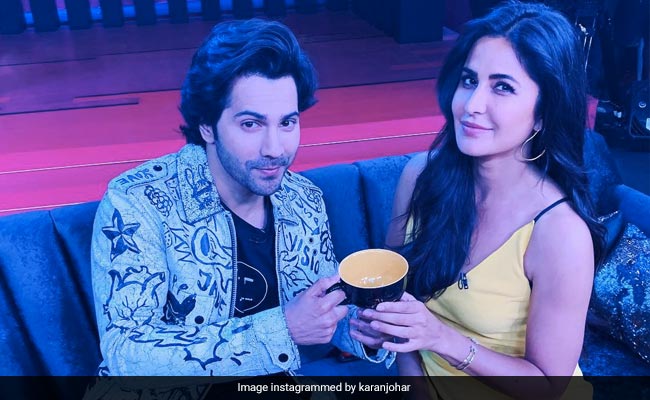 A throwback of Katrina and Varun.(courtesy: karanjohar)

Varun Dhawan and Anil Kapoor are Karan Johar’s next guests on his chat show Koffee With Karan 7. In a promo video from the episode shared by Karan Johar, on Monday, KJo can be seen asking Varun Dhawan: “Katrina Kaif or Deepika, an actress he wants to work with?” To this, Varun replied:” I always get told that I look like a kid so maybe…” To this Karan Johar quickly added, “You think they look older than you.” Varun Dhawan clarified: “No, I look younger…”Karan Johar added again: “That means they look older than you”. Varun replied: “You are saying this.”

Sharing the teaser from the episode on social media, Karan Johar wrote: “It doesn’t get younger and cooler than this on the Koffee couch – this duo will create a riot in this episode. Hotstar SpecialsKoffee With Karan S7, Episode 11 streaming this Thursday 12:00am only on Disney+ Hotstar.”

Varun Dhawan was supposed to work with Katrina Kaif in Street Dancer 3D. However, Shraddha Kapoor was cast in the film after Katrina’s exit from the project. Katrina and Varun appeared together on the sixth season of Karan Johar’s chat show Koffee With Karan.