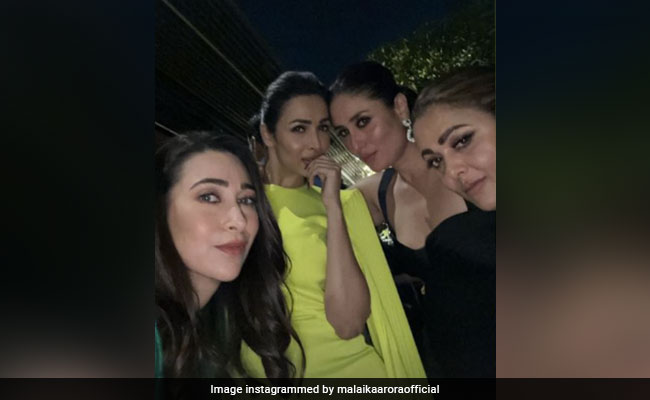 It was a star-studded affair at Godrej Head Tanya Dubash’s house on Friday as many stars attended her Diwali party last night. Among many were the Bollywood’s inseparable BFFs Malaika Arora, Kareena Kapoor, Amrita Arora and Karisma Kapoor. The OGs looked stunning in their party wears. While the pictures from the last night’s party is going viral on the Internet, Malaika Arora shared some inside pictures from the party and the one with her “girls.” Among many pictures, Malaika shared a group picture with her sister Amrita and BFFs Kareena and Karisma. Sharing the picture on her Instagram story, Malaika wrote, “About Last Night, With My Girls.” Resharing Malaika’s story on her Instagram, Kareena Kapoor wrote, “My Tribe.” In the picture, Kareena Kapoor can be seen slaying in black, while Karisma can be seen sporting an all-green outfit. Meanwhile, Malaika Arora can be seen in a stunning neon-green dress, while her sister, Amrita Arora can be seen wearing a dress in a shade of green.

Check out the fabulous picture of the BFFs here: 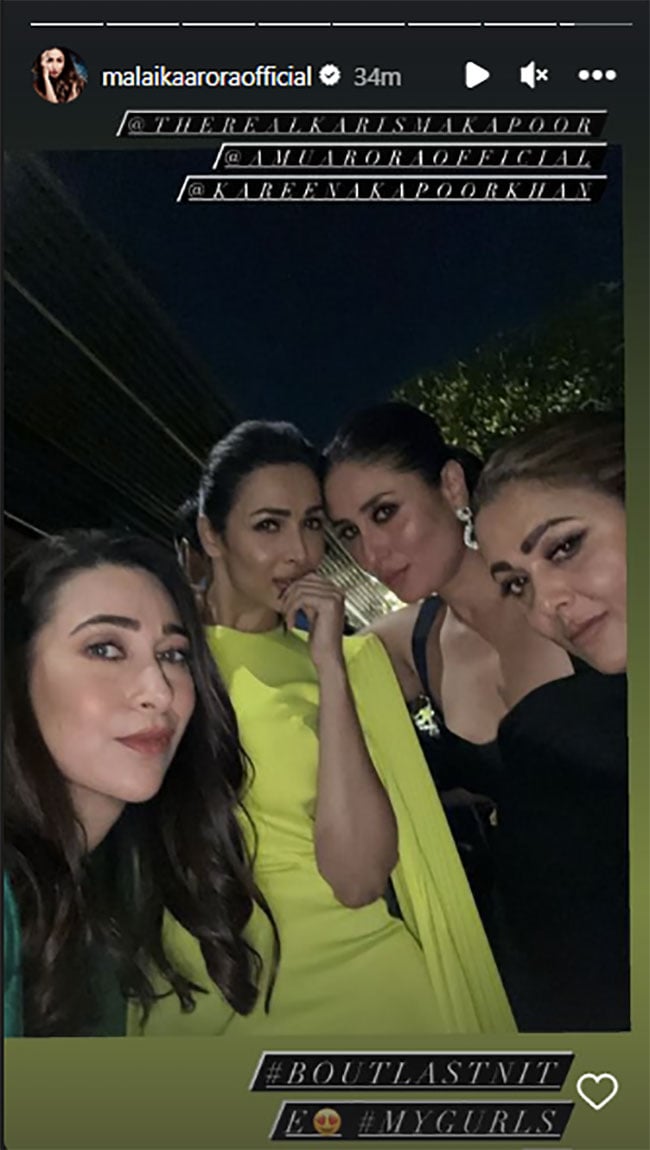 Here is what Kareena Kapoor shared: 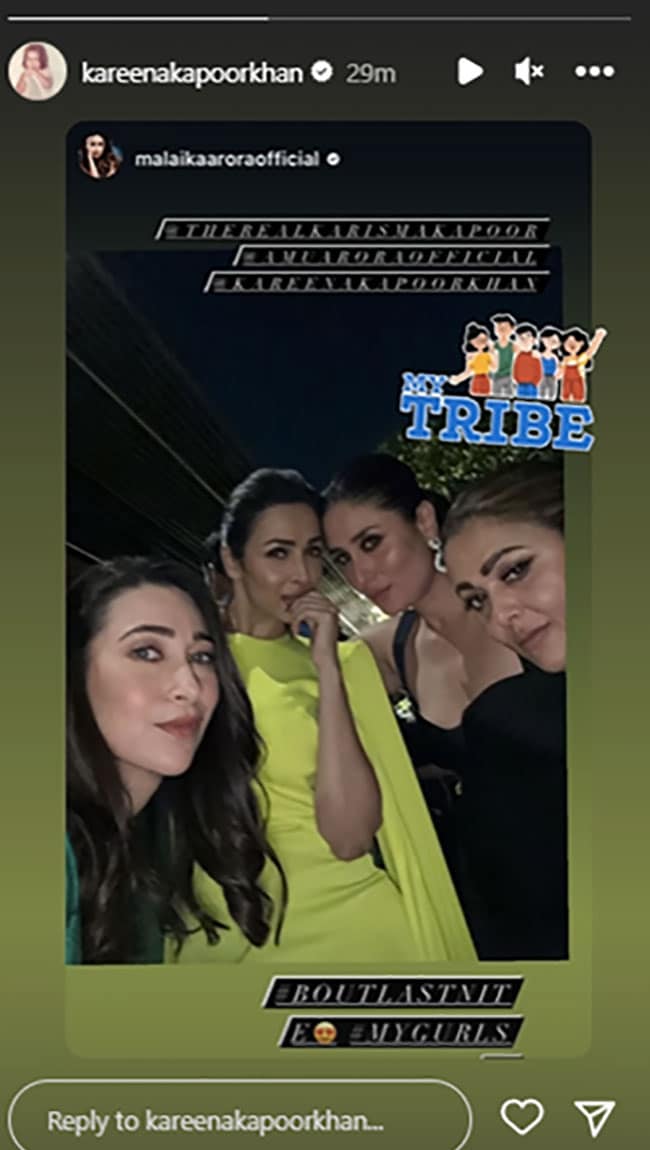 Malaika Arora shared another picture on her Instagram story. This time it was with Shibani Dandekar and her sister Amrita Arora. The trio was trying to take a mirror selfie. Sharing the picture, Malaika Arora wrote, “The lengths we go to just to get the perfect mirror selfie.”

Check out her mirror selfie with Shibani Dandekar and Amrita Arora: 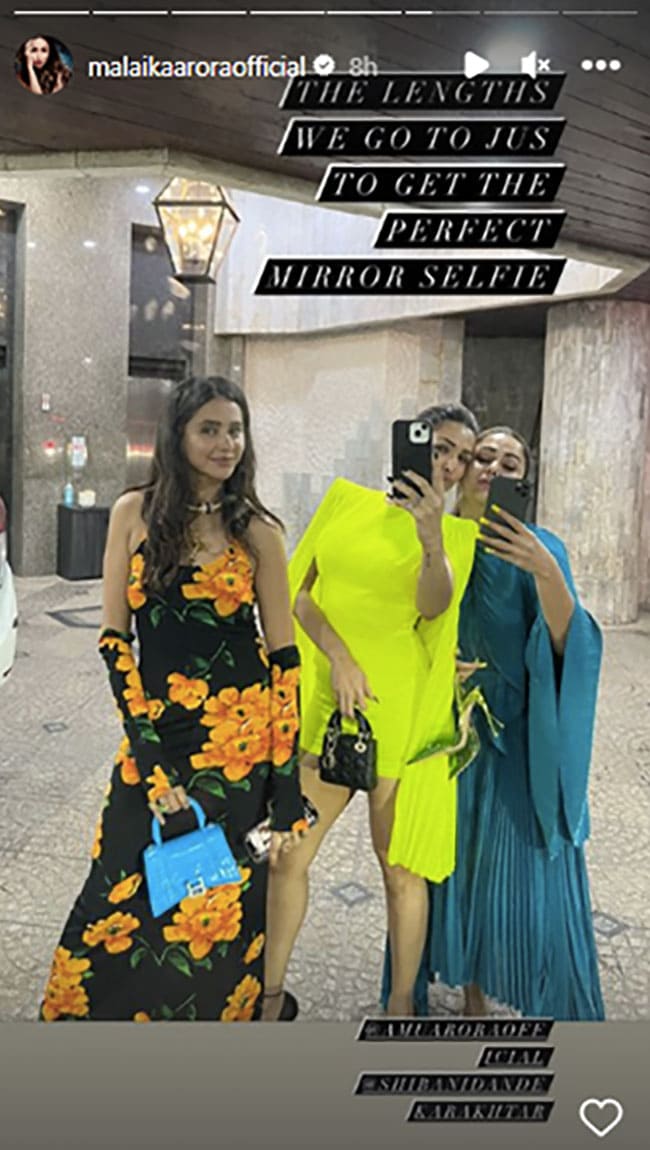 Here are some more pictures shared by Malaika Arora from the party: 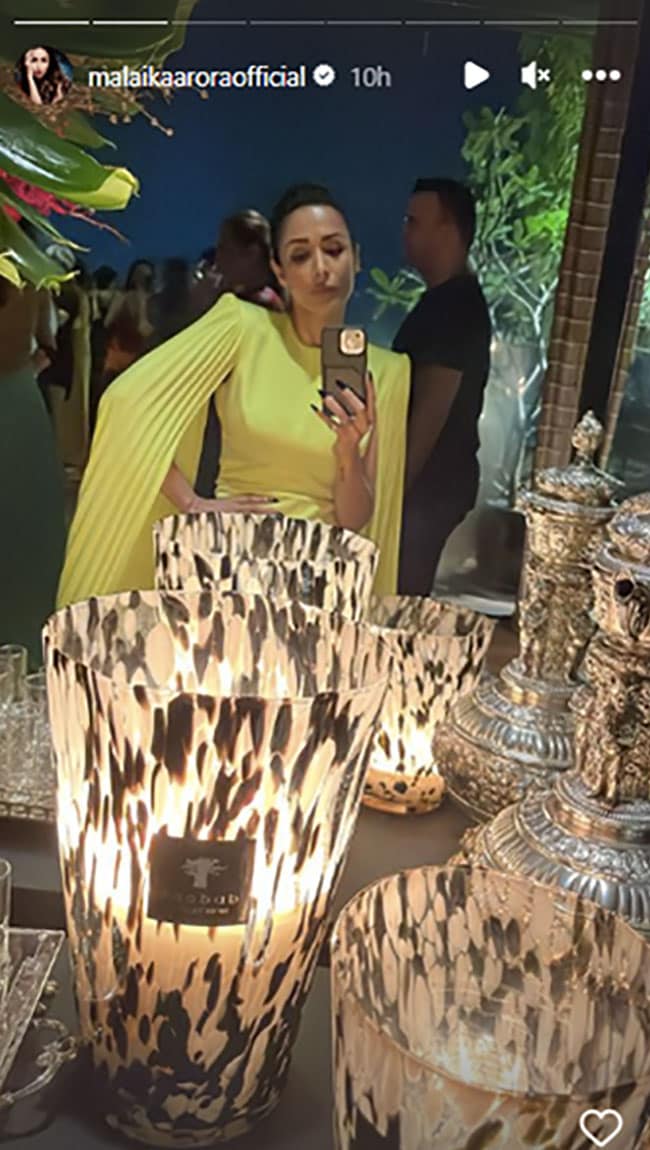 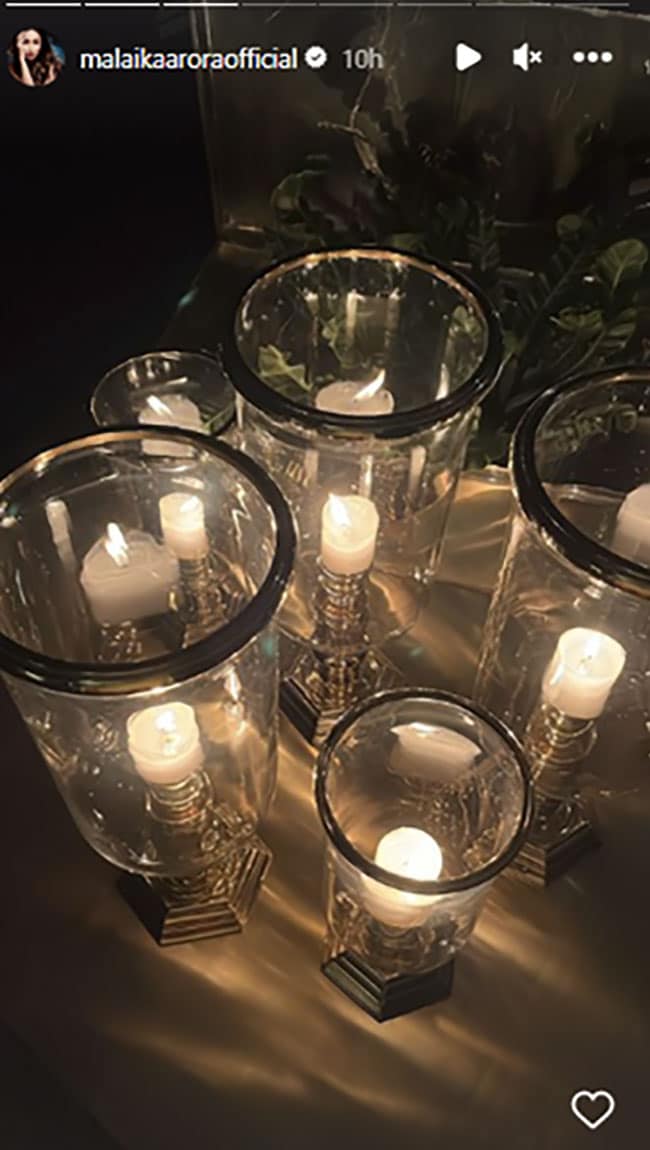 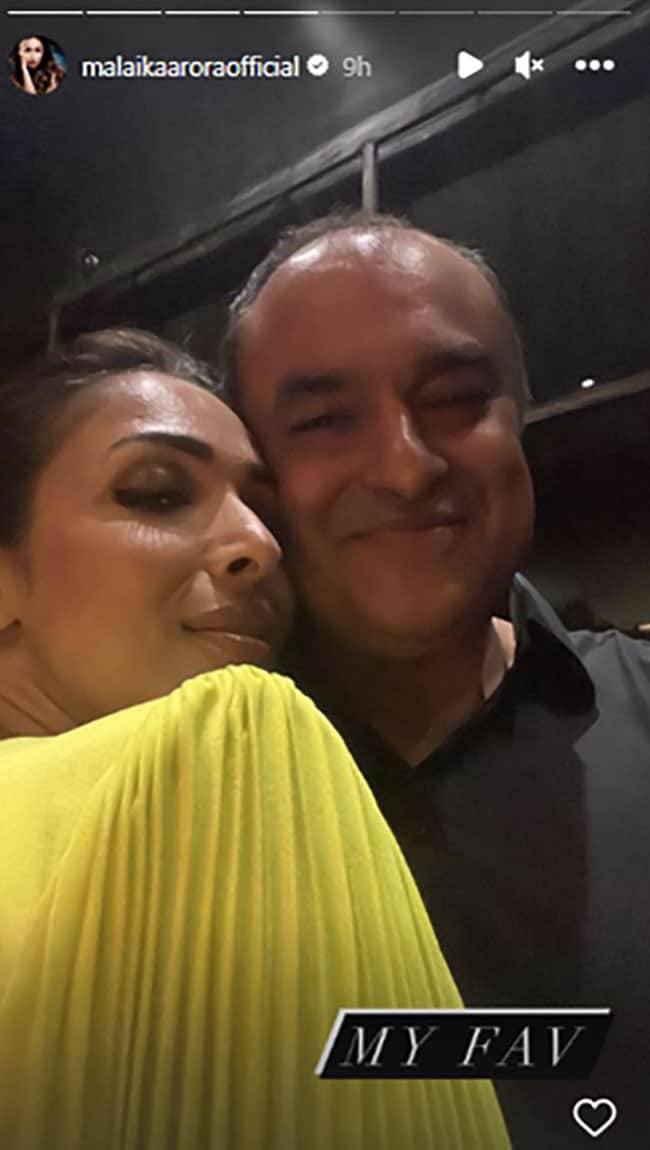 In another part of the city, another Diwali party was hosted by Bhumi Pednekar, which was attended by Suhana Khan, Aryan Khan, Nysa Devgan, Rakul Preet Singh, Jackky Baghnani, Patralekhaa and Rajkummar Rao among others.