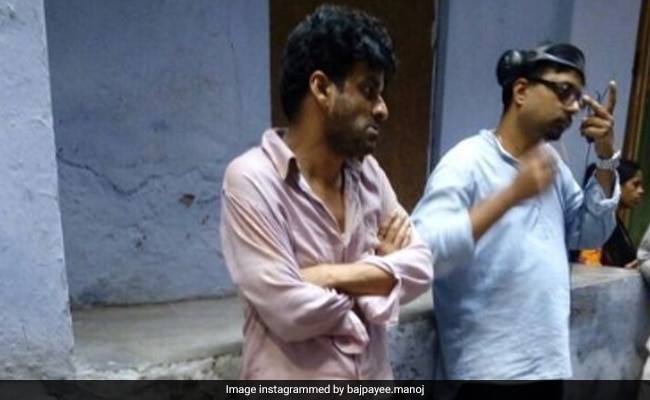 Manoj Bajpayee on the sets of Gali Guleiyan. (courtesy: bajpayee.manoj)

For National Award-winning actor Manoj Bajpayee, one of his “most challenging and rewarding roles” came in the form of Gali Guleiyan. After being premiered at several national and international film festivals, the film released on Prime Video on Friday. Manoj Bajpayee, sharing his film’s release details, revealed that he was “on the verge of losing (his) mental stability while preparing” for his role. He stars as a man who is lost in his own thoughts and is trapped within the walls and alleys of Old Delhi. This role was Manoj Bajpayee’s “Everest as an actor.” In a long note, the actor detailed his experience of filming Gali Guleiyan and shared why the film will always remain special to him.”

Manoj Bajpayee wrote, “Out now. I was on the verge of losing my mental stability while preparing for this role, so much so that I had to stop shooting. Gali Guleiyan, one of the most challenging and rewarding roles I have ever played, is FINALLY Out on Prime Video.”

Manoj Bajpayee, in his previous post, teased his fans about a “surprise” related to Gali Guleiyan. He shared BTS pictures of himself from the sets of the film. “On set pictures taken by the team during the shoot of Gali Guleiyan. Looking back at these pictures sends shivers down my spine. The role was my Everest as an actor. I will soon share more about what transpired on sets and I may have a surprise for you tomorrow,” wrote the actor.

Manoj Bajpayee announced the OTT release of Gali Guleiyan on Diwali. He shared the poster of the film and wrote, “I couldn’t have thought of a better day than today to share that our film Gali Guleiyan is releasing on an OTT, coming soon on Amazon Prime. One of the most challenging roles I have ever played. Kudos to Dipesh Jain for making this masterpiece.”