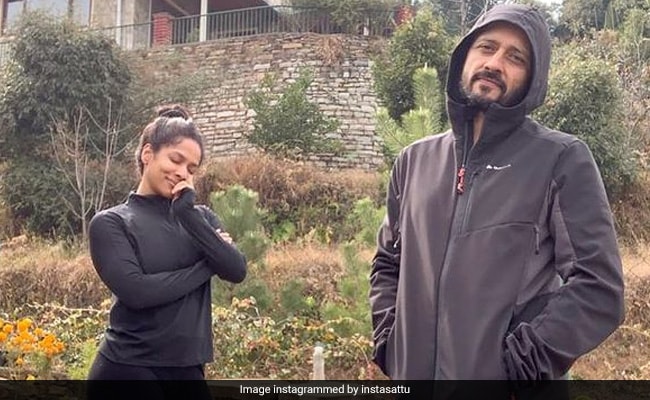 Fashion designer Masaba Gupta and her boyfriend Satyadeep Misra never shy away from expressing love for each other on social media. Now, when it’s Satyadeep’s birthday, Masaba couldn’t help but write a sweet birthday post. She has shared a carousel post featuring some candid pictures of the birthday boy. It doesn’t end there. Masaba also added a heartfelt note for him. She stated, “Everything I have achieved in the outer world will come and go…but this is my biggest and only constant success. Happy Birthday, Satyadeep Misra. To many more moments of laughs, shanti, chips, never being a part of the rat race, workouts over parties and incredible gut health.”

Satyadeep Misra didn’t miss the chance to add some fun to his special day. On his Instagram Stories, he reposted a picture shared by Masaba Gupta and wrote, “Thanks, my love. Can we step out for breakfast now, please.” 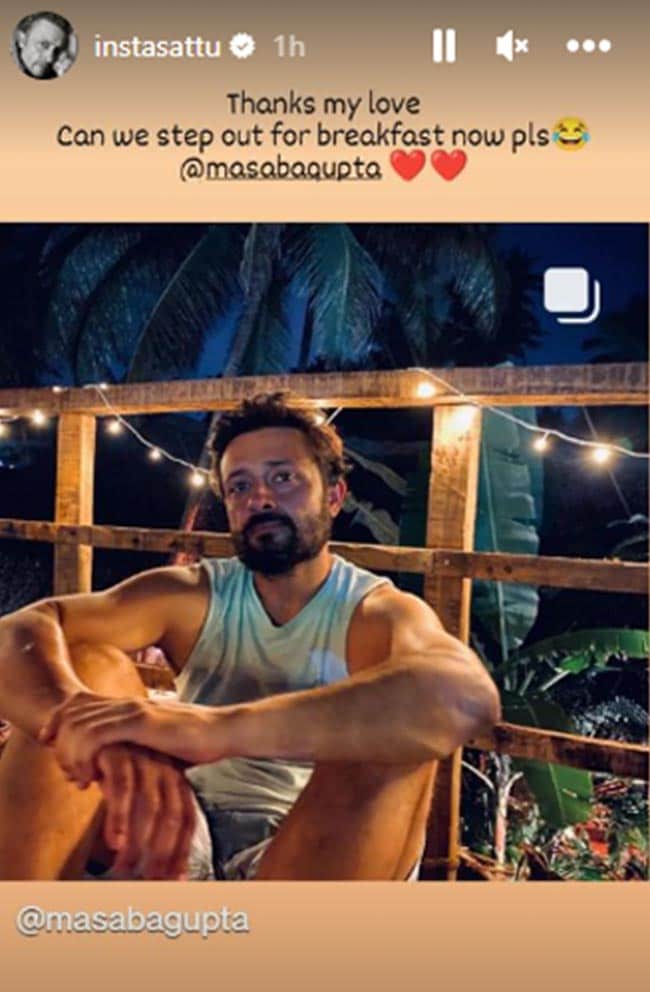 Rhea Kapoor’s husband, producer Karan Boolani too has shared a cute note for Satyadeep Misra. Along with a candid click featuring himself and Satyadeep, he wrote, “Happy Birthday.” Now, take a look at Satyadeep Misra’s special birthday post for Masaba Gupta, who also celebrated her birthday earlier this month. He curated all the pictures of Masaba in the form of an adorable video. What’s special about them? He had clicked these pictures throughout the year. The video was accompanied by Doja Cat’s song Woman. In the caption, he stated, “Happy birthday my love! Remember all the pics I take of you through the year (which you typically hate!)…Well, now you know where they get used. Here’s to another healthy, happy, starry, blissful year…Mwaaaah.”

Before this, the much-in-love couple went on a trip to the Maldives in September. Masaba Gupta kept treating fans to visuals from the scenic location. In one picture, she rocked stunning multi-coloured beachwear. “Swinging into the horizon,” added Masaba.

Satyadeep Misra also shared a video consisting of pictures and videos of the couple along with their friends including Rhea Kapoor and Karan Boolani. He just wrote, “Soneva,” with a red heart emoji in the caption.

Take a look at another cute picture of Masaba Gupta and Satyadeep Misra.

Satyadeep Misra is also known for his work in films including Vikram Vedha, No One Killed Jessica, Bombay Velvet, Love Breakups Zindagi, and Phobia. Masaba Gupta was last seen in the second season of Masaba Masaba.