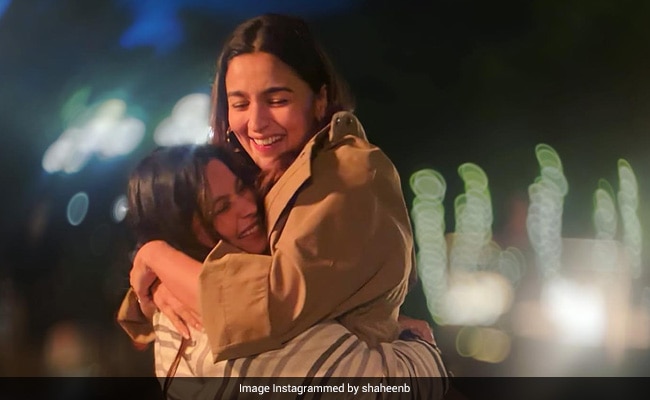 Alia Bhatt, who is expecting her first child with husband Ranbir Kapoor, spent quality time with her sister Shaheen Bhatt, relishing tasty snacks. On Sunday, the actress shared two pictures on her Instagram stories offering a glimpse of her snacks. In the first picture, Alia can be seen holding a puri, and wrote, “the power of a puri.” The second image is of a sev puri and captioned it as “Chaat day with Shaheen Bhatt. Best Day.” With pregnancy cravings kicking in, Alia keeps her Insa family updated by sharing pictures.

Check out Alia’s posts below: 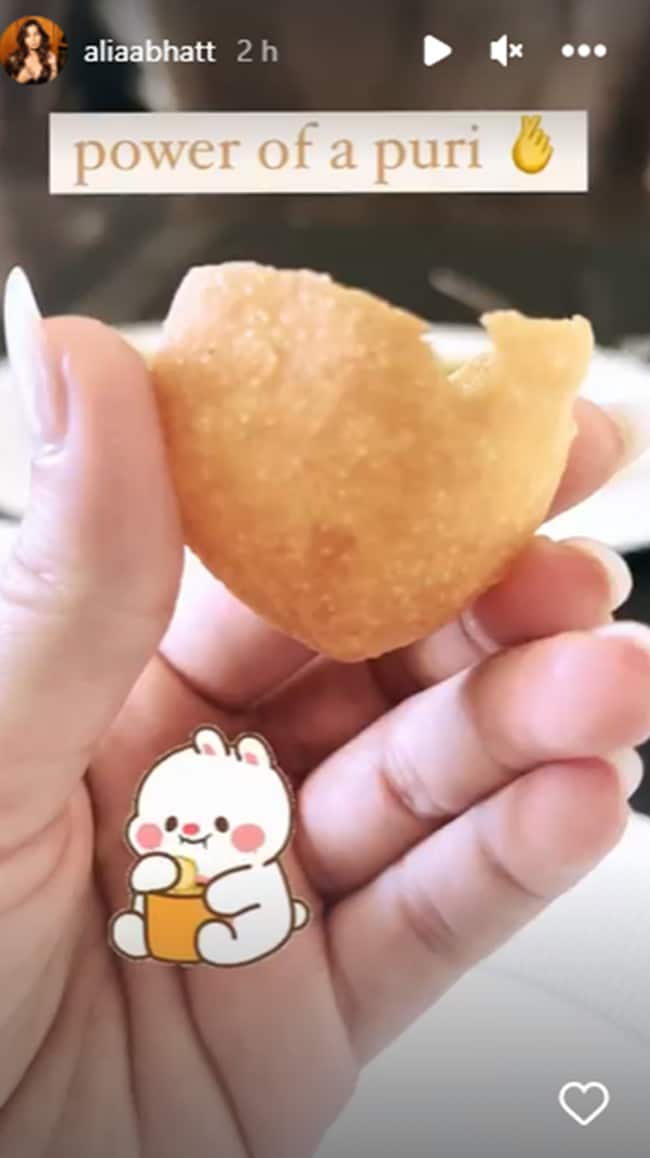 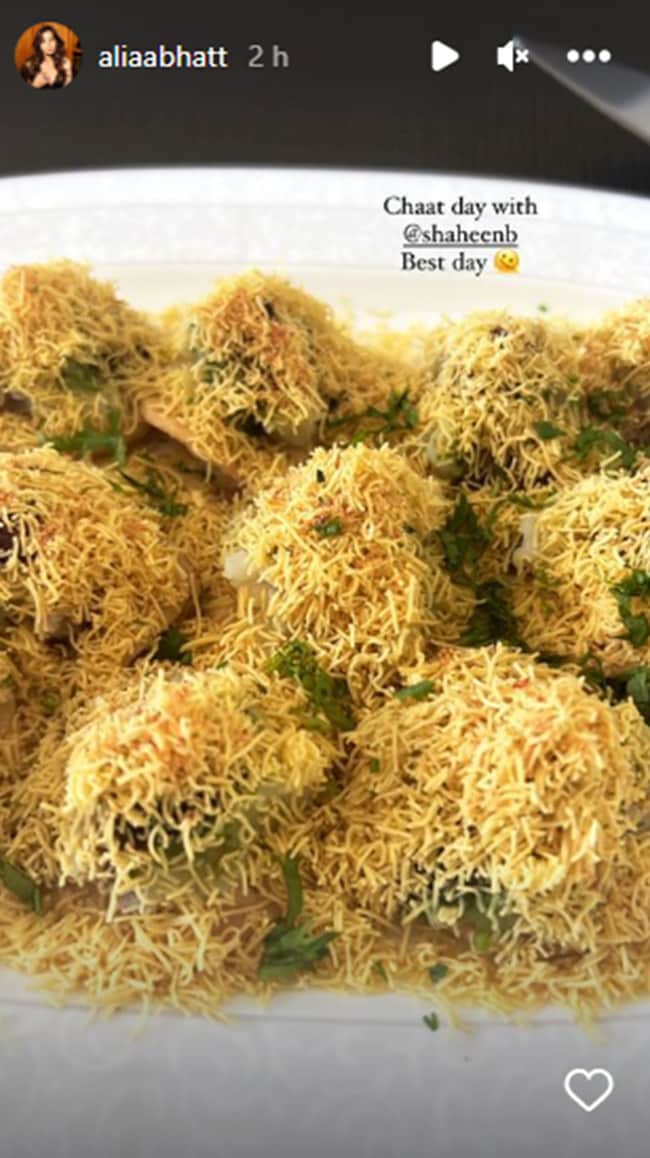 A few days ago, Alia Bhatt and Ranbir Kapoor hosted a baby shower ceremony at their house in Vastu, attended by their families and close friends.

For the ceremony, Alia opted for a yellow ensemble and accessorised it with statement jewellery, while Ranbir Kapoor wore a pink kurta paired with white pyjamas. Sharing adorable pictures on her Instagram handle, Alia wrote, “just … love,” followed by yellow heart emoticons. Alia Bhatt and Ranbir Kapoor got married in April this year.

Next, the actress will be seen in her Hollywood debut Heart of Stone, co-starring Gal Gadot, Rocky Aur Rani Ki Prem Kahani with Ranveer Singh, and Jee Le Zaraa with Katrina Kaif and Priyanka Chopra.