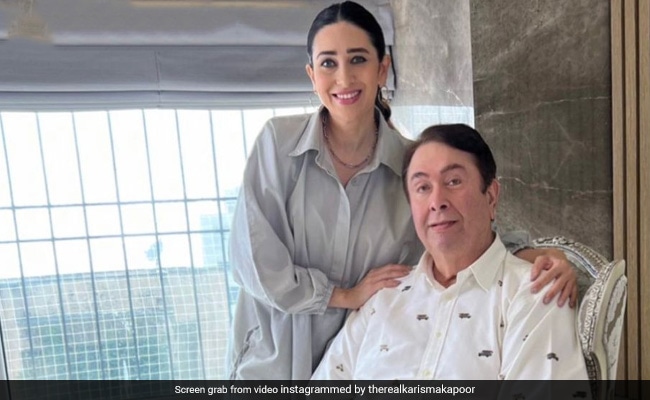 Cuteness alert. Courtesy: Karisma Kapoor. The actress has dropped a heartwarming picture on Instagram. It screams father-daughter goals from miles away. Here, Karisma is standing next to her father, veteran actor Randhir Kapoor. Karisma has picked an uber-cool outfit for her outing. Her infectious smile has added more light to the frame. Along with the photo, which was shared on Instagram Stories, Karisma wrote, “My papa bestest.” To jazz up the post, she has added a white heart to it. Take a look at the latest picture shared by the actress: 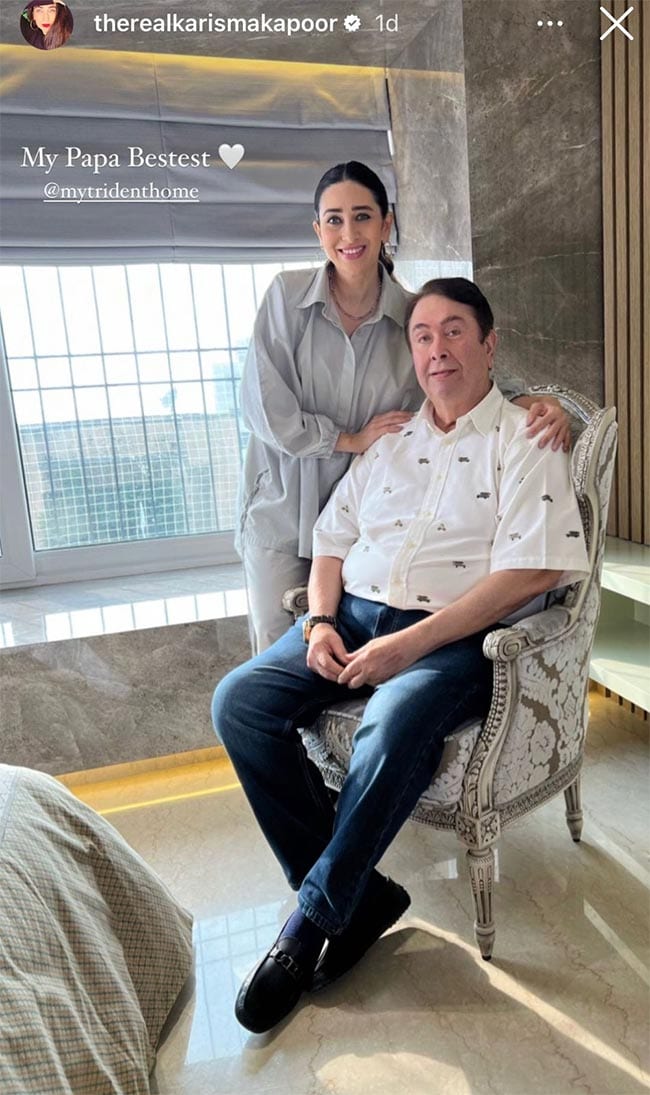 Before this, Karisma Kapoor shared photos of herself and her father from one of their holidays. Along with the set, she wrote, “My all-time favourite hero.”

Karisma Kapoor, on her father Randhir Kapoor’s birthday, this year, dropped a montage on Instagram. For the side note, she wrote, “Always stay young at heart my papa. Happy 75th birthday. We love you sooo much, you are the best.” Her hashtag read, “Yeh Jawani Hai Dewani.”

Karisma Kapoor always manages to take out time for her family. Take a look at this “Saturday brunch” post and you will relate to us. Apart from Karisma and Randhir Kapoor, we can spot her sister, actress Kareena Kapoor and their mother Babita Kapoor.

Karisma Kapoor and Kareena Kapoor never fail to give major sister squad goals. From holidays to binge eating sessions, the Kapoor sisters are the best.  To mark Kareena’s birthday, Karisma pulled out some priceless moments from their childhood album and wrote, “To the bestest sister and my best friend. Happiest birthday…Always twinning and winning.”

Karisma Kapoor will be next seen in Abhinay Deo’s Brown: The First Case. The drama series is based on  Abheek Barua’s book the City of Death. The project also stars veteran actress Helen, and Surya Sharma.