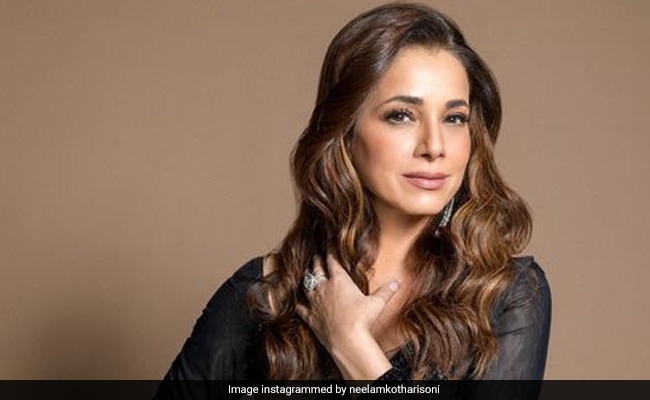 Neelam Kothari, who recently starred in Netflix’s Fabulous Lives Of Bollywood Wives 2, in an interview with Pinkvilla, spoke about trolling and said, “All I can say is that we have attempted something, and it has been successful. We put ourselves out there and kudos to us. Also, if you make a movie or a serial, you will have lovers and you will have haters.” The Hum Saath Saath Hain actress added, “The same concept applies to this show (Fabulous Lives Of Bollywood Wives 2) as well. Some will love it, some will hate it.” Fabulous Lives Of Bollywood Wives 2 is a Netflix series based on the lives of four star-wives – Seema Sajdeh (previously married to Sohail Khan), Maheep Kapoor (Sanjay Kapoor’s wife), Bhavana Pandey (wife of Chunky Pandey) and Neelam Kothari (married to Samir Soni). The series premiered on Netflix earlier this month and it has been produced by Karan Johar’s Dharma Productions.

Karan Johar, who has produced the show, in an Instagram post earlier, referring to the those trolling the show, wrote: “I am super proud of them. And love them dearly. You can troll baby troll but it won’t stop them from Rock and Roll! The show is being massively viewed and therein lies the validation. That’s what makes it fabulous.”

Neelam Kothari made her acting debut with the film Jawaani in 1984. She is best known for her work in films such as Khudgarz, Agneepath, Gharana, Love 86 and Sindoor among others.