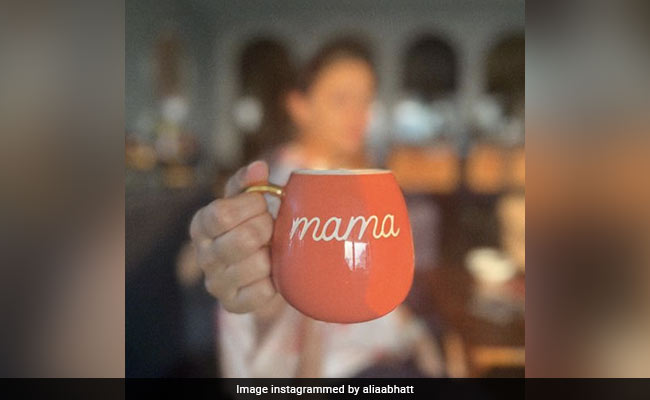 New mom Alia Bhatt posted a picture of herself for the first time after the birth of her daughter on November 6. The actor on Tuesday shared an adorable post of herself and wrote, “it me” with a yellow heart. In the picture, Alia Bhatt can be seen posing with her “mama” mug, while her face and background are blurred. Alia’s adorable post caught the attention of many including Tiger Shroff, Manish Malhotra and TV actor Deepika Singh. Reacting to the picture, Tiger Shroff wrote, “Cute.” Meanwhile, celebrity fashion designer Manish Malhotra and actor Deepika Singh dropped heart and star-eyed emojis respectively.

Alia Bhatt welcomed her daughter with her husband Ranbir Kapoor on November 6. Sharing the news, the actor shared a note on her Instagram handle. It read, “And in the best news of our lives: Our baby is here… and what a magical girl she is. We are officially bursting with love – blessed and obsessed Parents! Love love love, Alia and Ranbir.”

Alia Bhatt and Ranbir Kapoor married in April this year. The couple announced their pregnancy in June.

On the work front, Alia, who was last seen in Ayan Mukerji’s Brahmastra Part One: Shiva alongside her husband Ranbir Kapoor, will be soon seen in Karan Johar’s Rocky Aur Rani Ki Prem Kahani. The actor will also mark her Hollywood debut with Tom Harper’s Netflix film Heart of Stone.