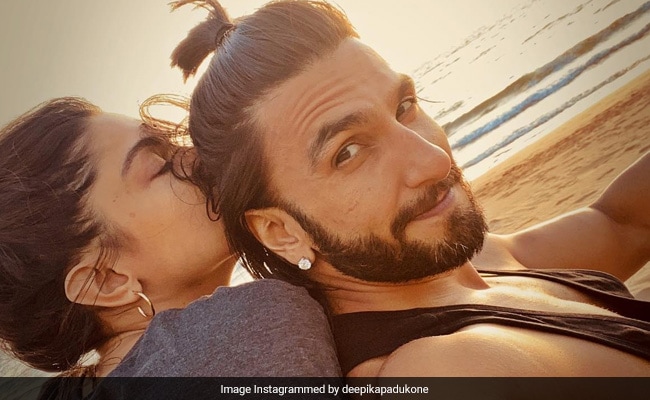 Deepika Padukone, who completed her 15 years in Bollywood, on Wednesday, made a cryptic announcement on Instagram. However, what grabbed our attention was her husband Ranveer Singh‘s flirty comment. The actress shared a stunning video in which the text read, “It’s time to look East” and in the caption dropped “Stay Tuned” While, Deepika’s post left her fans guessing about her message, but Ranveer, being Ranveer, left a mushy comment, stealing all the attention. In the comment section, he wrote, “It’s time to give me a kiss,” followed by kiss emoticons.

After Deepika Padukone shared the post, her fans flooded the comment section. A fan wrote, “East is the title to your next movie kya?,” while another wrote, “Is this for her beauty brand?”

Meanwhile, Deepika Padukone made her acting debut in Bollywood with Farah Khan’s Om Shanti Om alongside Shah Rukh Khan. The film was well received by the audience and turned out to be a big hit at the box office. In her 15 years in the entertainment industry, the actress has given many blockbuster performances in films, such as Piku, Goliyon Ki Raasleela Ram-Leela, Padmavat, Yeh Jawaani Hai Deewani, Chennai Express, Aarakshan, Cocktail, Chhapaak, Gehraiyaan and many more. Apart from acting, she recently became the first Indian to become the Global face of several international luxury brands.

On her upcoming films, the actress has several projects lined up – Pathaan with Shah Rukh Khan and John Abraham, Fighter with Hrithik Roshan and Project K with Prabhas and Amitabh Bachchan.

Madhuri Dixit Is A Vision In White