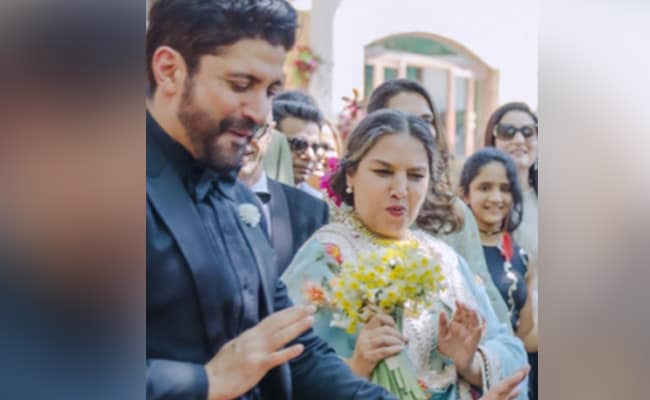 Legendary actress Shabana Azmi is celebrating her 72nd birthday today (September 18), and on this occasion, Farhan Akhtar (her stepson) has dropped an adorable birthday post for the actress. The Toofan actress has shared an adorable picture with Shabana Azmi from his wedding album, in which they can be seen dancing their hearts out. Sharing the image, he wrote, “Happy Birthday, Shabana Azmi. Been a fan of your dancing since I saw Parvarish and cherish this moment we finally danced together,” followed by heart emoticons. 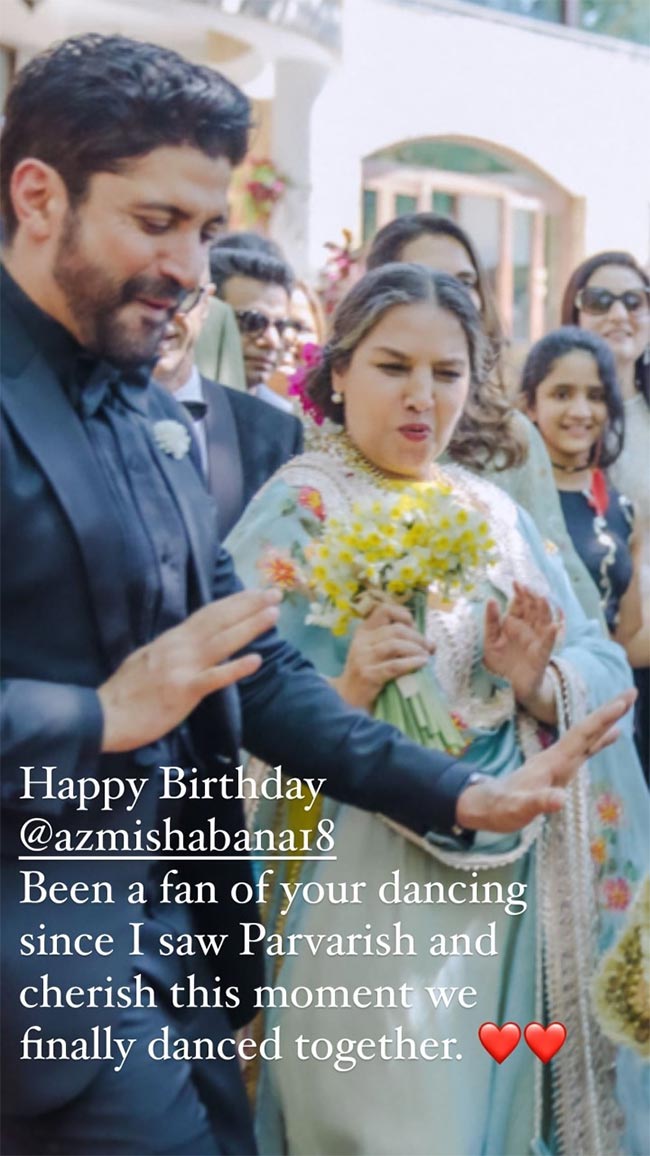 Shabana Azmi is the second wife of Javed Akhtar, and Farhan Akhtar is his son from his first wife, Honey Irani.

Meanwhile, Farhan Akhtar, on Saturday, treated his Insta family to a dashing picture. In the image, he can be seen coming out of a swimming pool, showing off her perfect abs and toned body. Sharing the post, he wrote, “Bringing back that fit feeling ..” Soon after he shared the post, Farah Khan commented, “Bhaiyya this is thirst trap to another degree..” His wife Shibani Dandekar wrote, “oh! ok then! hi there,” followed by love-struck, heart and fire emoticons.

Another dashing picture of Farhan Akhtar from his workout session. In the caption, he wrote, “That feeling when you think the session is over and your trainer calls you back for one last set .. #FarOutdoors #stayfit.”

In terms of work, Farhan Akhtar will be making a comeback as a director with his forthcoming movie Jee Le Zaraa, starring Katrina Kaif, Priyanka Chopra and Alia Bhatt. The film is expected to release in 2023.