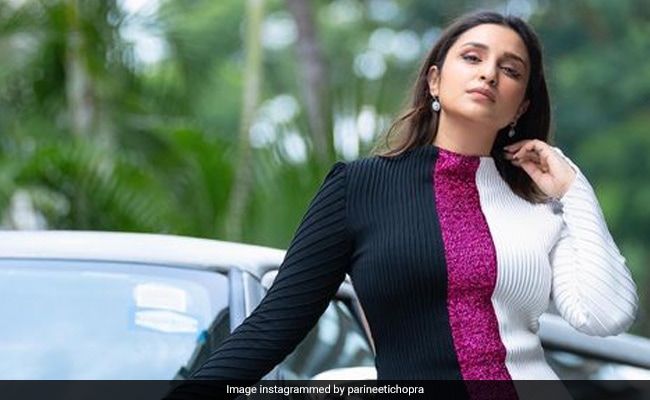 Parineeti Chopra, earlier this week, blessed our feeds with the teaser of her upcoming film Code Name Tiranga. Parineeti plays the role of a Research and Analysis Wing agent in the espionage action thriller, directed by Ribhu Dasgupta. Now, the actress is back with another update related to the film. Parineeti has shared a “before and after meme”, which uses the lyrics of Ghar se nikalte hi from the 1996 film Papa Kehte Hain. For those who are hearing about this trend for the first time, the meme shows two situations – the moment when people dress up and step out for work, and how things change a few minutes later.

So what happens here with Parineeti Chopra? In the first part, which read “Ghar se nikalte hi”, Parineeti looks uber chic as she strikes a pose. To show what happened after “kuch dur chalte hi”, a clip from  Code Name Tiranga has been used. Here, the actress has bruises and scars on her face. In the caption, she wrote, “HAHAHAHHAHAHAHAHAHHAHA. I CAN’T. I shot that scene in -12°, guyssss.” For the hashtags, she wrote, “Code Name Tiranga” and “Memed Already”.

The “before and after meme” has taken inspiration from a previous trend “If You Don’t Love Me At My”. Now, take a look at her post here:

Parineeti Chopra’s character, in Code Name Tiranga,  “is on an unfaltering and fearless mission for her nation in a race against time, where sacrifice is her only choice.” Punjabi singer-turned-actor Harrdy Sandhu will be seen opposite Parineeti in the film. The movie also features  Sharad Kelkar, Shishir Sharma, Rajit Kapur, and Dibyendu Bhattacharya in crucial roles. Code Name Tiranga will release on October 14.