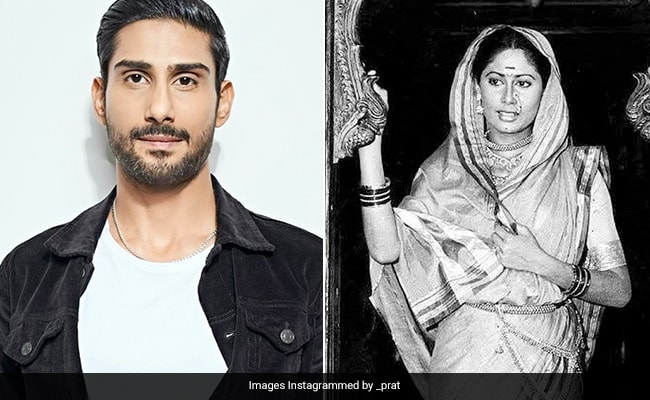 It is Smita Patil‘s birth anniversary today (October 17) and on this occasion, her son Prateik Babbar will celebrate the day with an NGCO that shelters and feeds stray animals and cut a cake with the paparazzi. Speaking to Hindustan Times, Prateik said that his mother, Smita Patil, was “always loved” so, he wants to carry forward that emotion. He revealed that his mother Smita Patil’s birth and death anniversary are “extremely vulnerable” days for him. He added that he thinks about his mother all day.

“I want to get their (paparazzi) blessings. She was always loved and I want to carry forward that emotion. No one can forget who Smita Patil is. Recently at Mr Amitabh Bachchan’s birthday, there were screenings of his films. Aaj Rapat Jaiyo (a song featuring actor Amitabh Bachchan and Patil), got the most whistles and applause. So many people shared the videos from the theatre,” Hindustan Times quoted Prateik Babbar saying. Calling himself “kind of an introvert,” he said, “I am aware that this is something not expected out of me, but I’m is certainly looking forward to it.”

Prateik Babbar also opened up about grief and said, “It hits you when you are not expecting it or in my case, you can be born with it. I was used to grief at a very young age. I learnt to live with it at a young age. It made me stronger. (So) I’m numb to grief. (Of course) I have lived without my mother my entire life, my heart has been broken, so it’s something I have lived with, I have gotten used to it.”

Smita Patel is known for her films such as Manthan, Bhumika, Aakrosh, Aaj Ki Awaaz and Arth, to name a few. She has also worked in Bengali, Marathi, Gujarati, Malayalam and Kannada movies in a career that spanned over a decade. Also, she won two National Film Awards and was the recipient of the Padma Shri, India’s fourth-highest civilian honour in 1985.