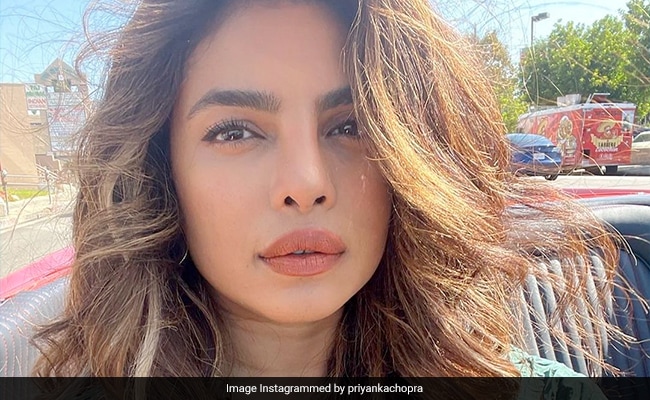 There’s nothing like returning home to family and Priyanka Chopra agrees with us. The global icon, who was busy with UNICEF (United Nations International Children’s Emergency Fund) duties in India, is back home – Los Angeles. The actress, who is the UNICEF Goodwill Ambassador, flew to California from Lucknow, where she was helping to improve the situation of children’s education and health via the agency’s programmes. Priyanka Chopra, on Thursday morning, posted a photo from her flight. She expressed her excitement in the caption and wrote, “Yay, LA.” The photo shows a scenic aerial view of Los Angeles through the aircraft’s window. The clouds and the clear sky are just too good to miss. Take a look: 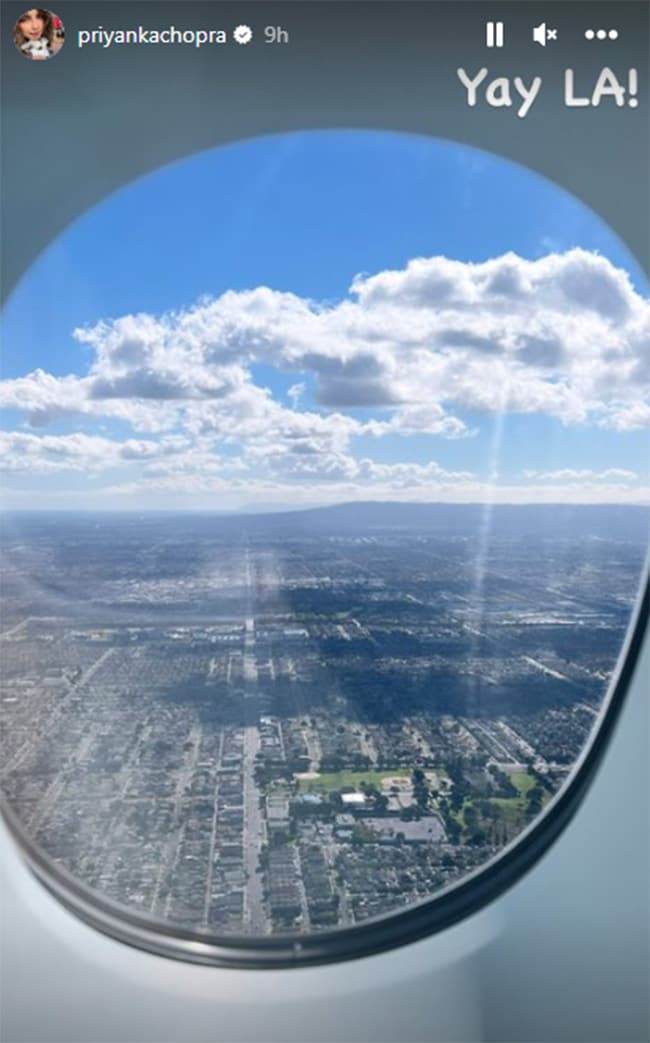 Priyanka Chopra frequently shared updates about her work in India on Instagram. On her way to Los Angeles, the actress posted a selfie where she looks “exhausted” but she is “happy.” The caption of the photo read, “Exhausted but happy. Will continue to keep you posted about my UNICEF India visits.” Adding Los Angeles to the location tag, Priyanka wrote, “Here I come.” In India, Priyanka Chopra did not miss the chance to hang out with her “adda gang.” She even shared a glimpse of her get-together with producer Shrishti Behl, director Tarun Mansukhani, screenwriter Mushtaq Sheikh and producer Mubina Rattonsey. “Truly! So good to hang with my adda gang. Love you guys, jald milenge,” read Priyanka’s caption. 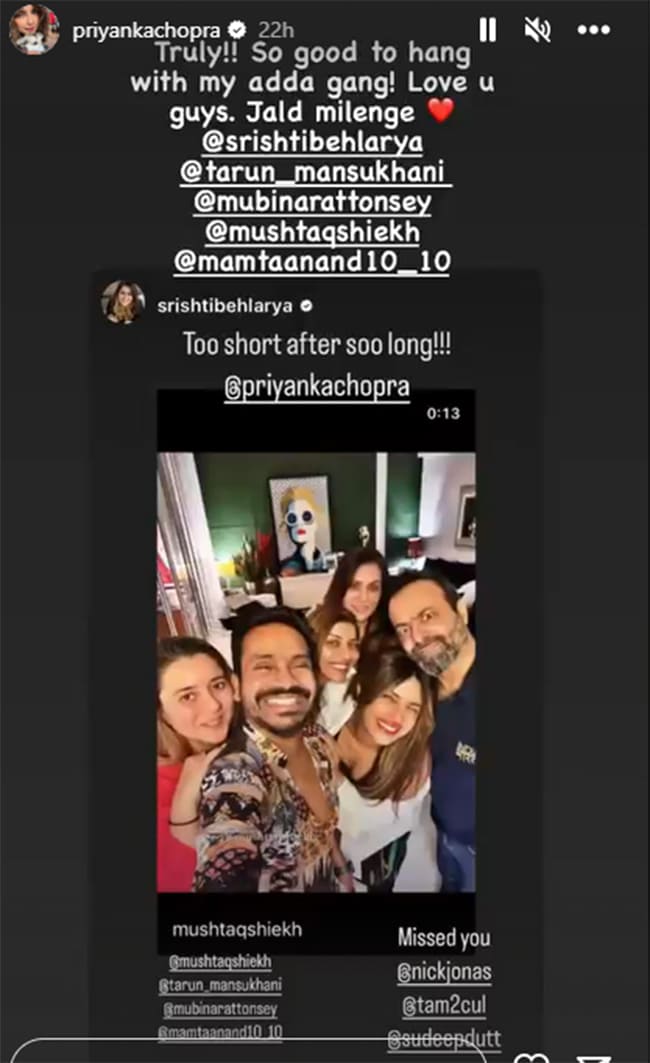 Before travelling to Lucknow for work, Priyanka Chopra bid adieu to Mumbai in a heartwarming post. She shared snippets from her time in the city. An excerpt from her caption read, “And it’s a wrap on Mumbai. Ghar ki baat hi alag hai. There really is nothing like coming home. These last couple of days, I’ve been so moved by all the love and support that has been shown to me. I can honestly say if weren’t for all of you that showed up and my team, I don’t know where I would be.”

Priyanka Chopra will be seen in a couple of Hollywood projects, including It’s All Coming Back To Me and Citadel. She also has Farhan Akhtar’s Jee Le Zaraa lined up.