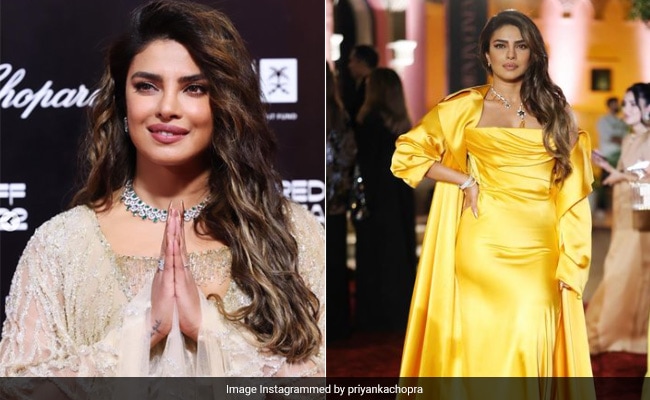 Priyanka Chopra is one of the many Bollywood stars present at this year’s Red Sea International Film Festival taking place in Jeddah, Saudi Arabia. Priyanka Chopra, during her first red carpet appearance at the festival, wore an embellished gold outfit from the shelves of Tony Ward Couture. The actress greeted the shutterbugs with a namaste on the red carpet. For her second red carpet appearance, Priyanka Chopra wore a bright yellow outfit designed by Nicolas Jebran. She accentuated the look with a statement neckpiece by Bulgari. Sharing pictures from both her red carpet looks, Priyanka Chopra wrote in her caption: “Thank you for having me Red Sea International Film Festival.” 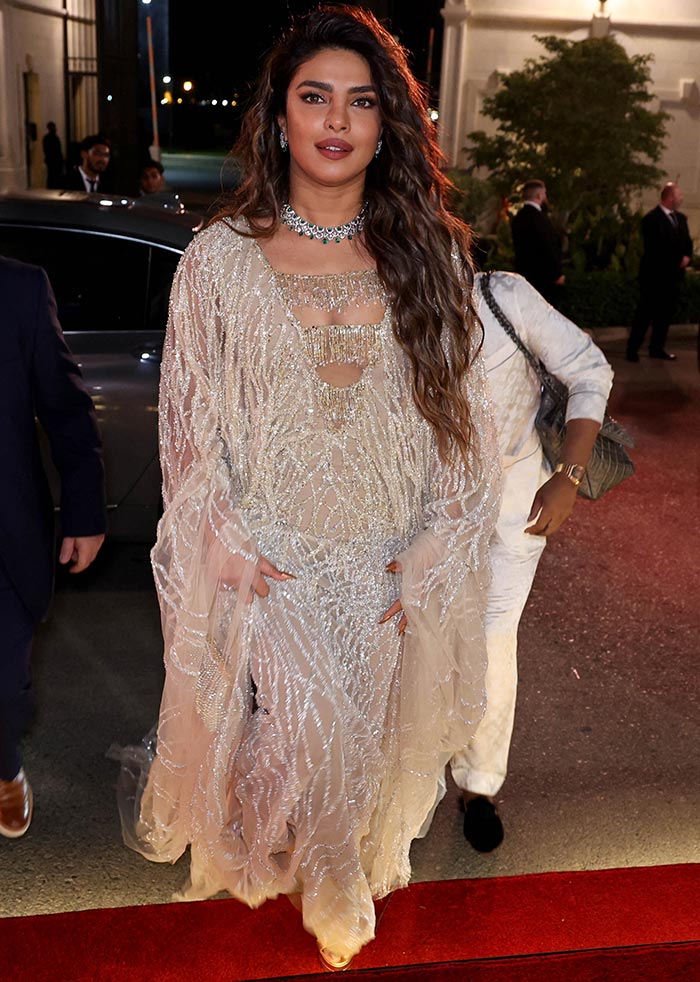 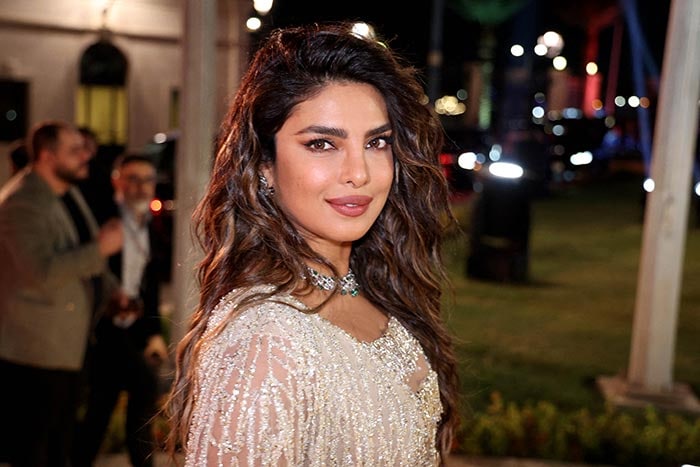 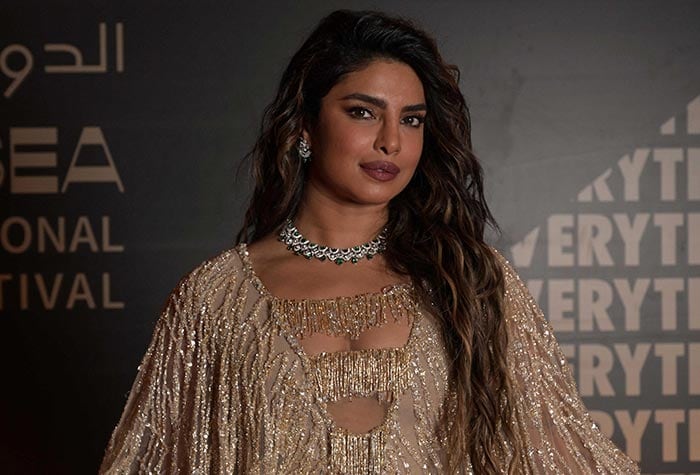 In terms of work, Priyanka Chopra was last seen in Matrix 4. She will star in the Hollywood film Love Again (previously titled It’s All Coming Back To Me) a musical, in which she will co-star with Sam Heughan and Celine Dion. The actress will also be seen in Russo Brothers’ Citadel. The actress’ next Bollywood project is Farhan Akhtar’s Jee Le Zaraa, also starring Alia Bhatt and Katrina Kaif.

Priyanka Chopra, a former Miss World and a Bollywood star, is a woman of many hats. She is the first South Asian woman to headline the cast of an American television show and has featured in many Hollywood projects. Priyanka Chopra is a tech-investor and also counts as a UNICEF Goodwill Ambassador. She also opened an Indian restaurant called Sona in New York. She launched a haircare brand as well.

Patralekhaa-Rajkummar, Huma And Others At Monica, O My Darling Success Bash