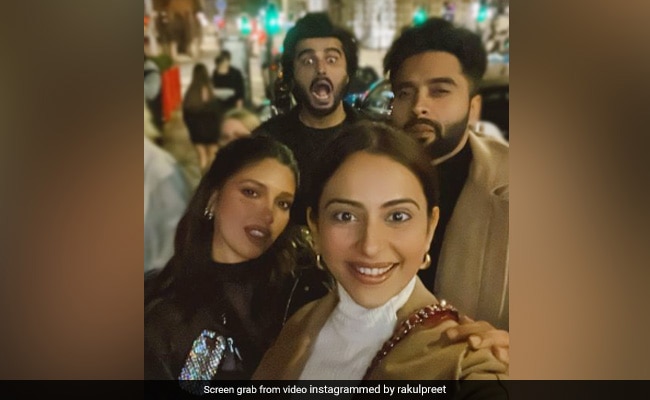 Arjun Kapoor, Bhumi Pednekar, Rakul Preet Singh and Jackky Bhagnani had a blast on Friday and how. On Saturday, Rakul Preet Singh shared a group photo on her Instagram story and captioned it “The Gang” with a red heart. The actor also tagged Arjun, Bhumi and her boyfriend Jackky in the post. Rakul’s post was accompanied by the hashtag From Scotland With Love. In the picture, Rakul’s “gang” can be seen posing for a selfie on the streets of Scotland. Arjun in the picture can be seen making a quirky face, while Rakul and Bhumi Pednekar are all smiles. Rakul’s boyfriend Jackky Bhagnani can be seen looking at the camera in style. They can all be seen dressed in casual outfits.

Rakul Preet Singh is in Scotland for the shoot of her untitled film.

Meanwhile, Arjun Kapoor and Bhumi Pednekar recently headed to London for their film. The actor-duo will be seen in filmmaker Ajay Bahl’s upcoming film, The Ladykiller. 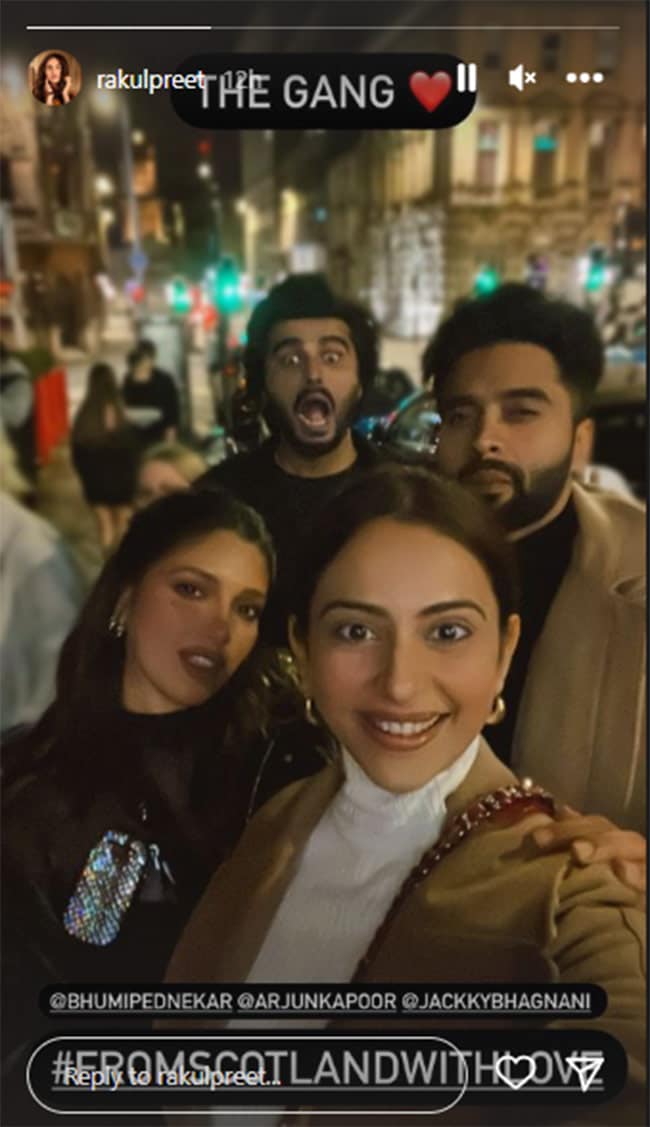 Rakul Preet Singh, who was recently seen in Akshay Kumar’s Cuttputlli, will be soon seen in filmmaker Anubhuti Kashyap’s Doctor G, also starring Ayushmann Khurrana in the lead role. Doctor G is all set to hit the big screens on October 14.

The film will mark the third collaboration between Ajay Devgn and Rakul Preet Singh after the recently released Runway 34 and the 2019 film De De Pyaar De.

Thank God will release on October 24.