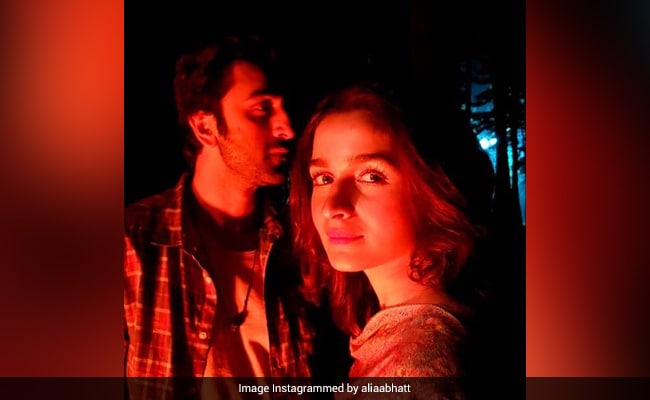 A question put to Alia Bhatt in an exclusive interview with NDTV was answered very eloquently by her husband and co-star Ranbir Kapoor. Asked about the sexist reporting around her pregnancy announcement, Alia didn’t have a ready reply but from Ranbir, the words just flowed. “One thing is clear and I’m not saying this because she’s my wife. Alia in the history of Indian cinema is probably one of the most important actors there’s ever been. The work she’s done on screen or the kind of way she carries herself, the value system that she has and what she stands by, I haven’t seen that strength in men or women and I think we should just respect that,” the actor told NDTV.

Alia has worked through her pregnancy, filming her Hollywood debut Heart Of Stone, wrapping Rocky Aur Rani Ki Prem Kahani, and promoting Brahmastra with Ranbir and director Ayan Mukerji. Her conduct has been exemplary and haters are just jealous, according to Ranbir. “I think the way she has carried herself through the entire marketing of this film being pregnant, being in the condition that she is – I think you should only be inspired by that. Any kind of criticism is just jealousy and mischief makers and stupidity and we should not take that seriously,” Ranbir Kapoor told NDTV, straight-up.

For context, Alia Bhatt called out a new report shortly after her announcement in June that she and Ranbir had a baby on the way. The report claimed that Ranbir would be flying to London, where Alia was filming Heart Of Stone with Gal Gadot, “to bring his wife home.” The report also claimed the actress would then be taking a rest. In an Instagram Story, Alia wrote, “Meanwhile in some people’s heads, we still live in some patriarchal world…FYI. Nothing has gotten delayed. No one needs to pick anyone up. I am a woman not a parcel. I do not need to rest at all but good to know you’ll have a doctor’s certification as well. This 2022. Can we please get out of this archaic way of thinking.”

Brahmastra Part One: Shiva, the first film in a trilogy directed by Ayan Mukerji, released on September 9 to mixed reviews but blockbuster box office numbers. The film, a superhero fantasy based on Indian mythology, co-stars Amitabh Bachchan and Mouni Roy and features cameos by Shah Rukh Khan and Nagarjuna.