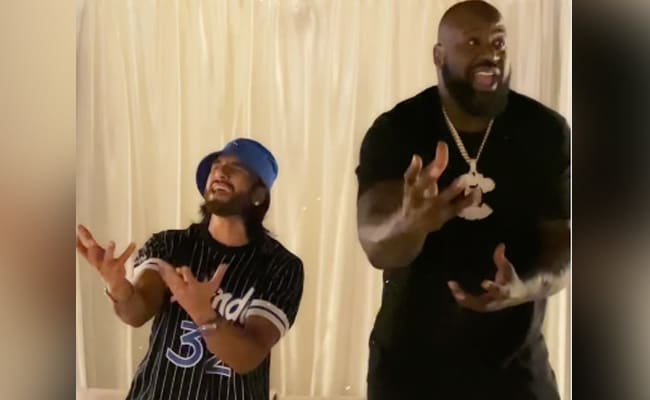 Ranveer Singh, who is the Indian ambassador of the National Basketball Association (NBA), on Sunday, shared a video with NBA legend Shaquille O’Neal (popularly known as Shaq). In the video, Ranveer can be seen dancing to his popular song Khalibali, from the movie Padmaavat, with Shaquille. The actor can be seen teaching him the hook steps of the track. Sharing the post, the actor wrote, “Big Man x Bad Man! The collab you didn’t know you needed! Here’s Shaq doing Khalibali! Yes. You read that right! Shaq-a-bibi!”

Here have a look at the video:

Ranveer Singh, who is in Abu Dhabi, attended the NBA Abu Dhabi Games 2022 on Thursday.

The other day, he shared a video with Giannis Antetokounmpo, an NBA star. In the video, the actor can be seen teaching him the hook steps of his famous song Tattad Tattad from the movie Goliyon Ki Raasleela Ram-Leela. In the caption, he wrote, “The Greek Freak gettin’ his Tattad Tattad on!”