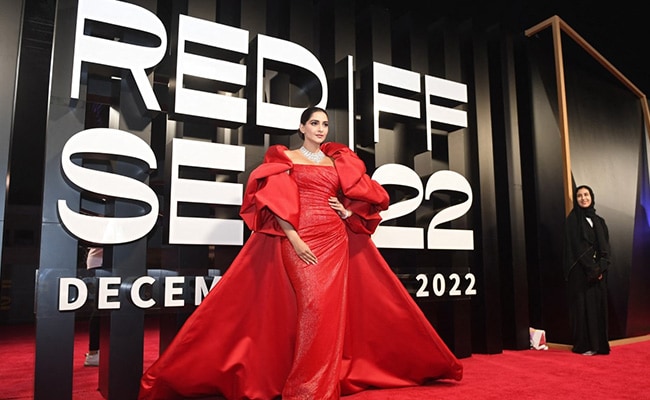 Sonam Kapoor, who was MIA from red carpet events for a while, made a stunning appearance and how. Sonam Kapoor walked the red carpet on the second day of the ongoing Red Sea Film Festival in Jeddah, Saudi Arabia. Sonam Kapoor matched the red carpet in a Rami Kadi Couture outfit and she was every bit stunning. The actress wore a sleek red outfit, accentuated with a ruffled cape. The actress finished her look with statement jewelry by Chopard. The actress also shared an Instagram reel of herself walking up to the red carpet. She added James Quinn’s A Gentle Sunlight in the backdrop and wrote: “After a while.”

See the stunning photos of Sonam Kapoor on the red carpet: 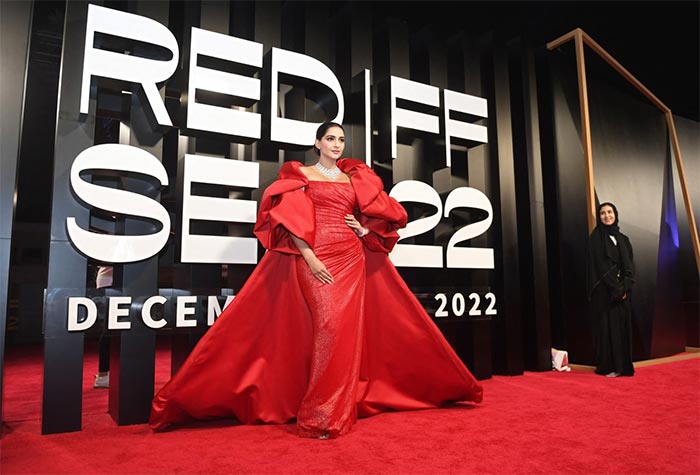 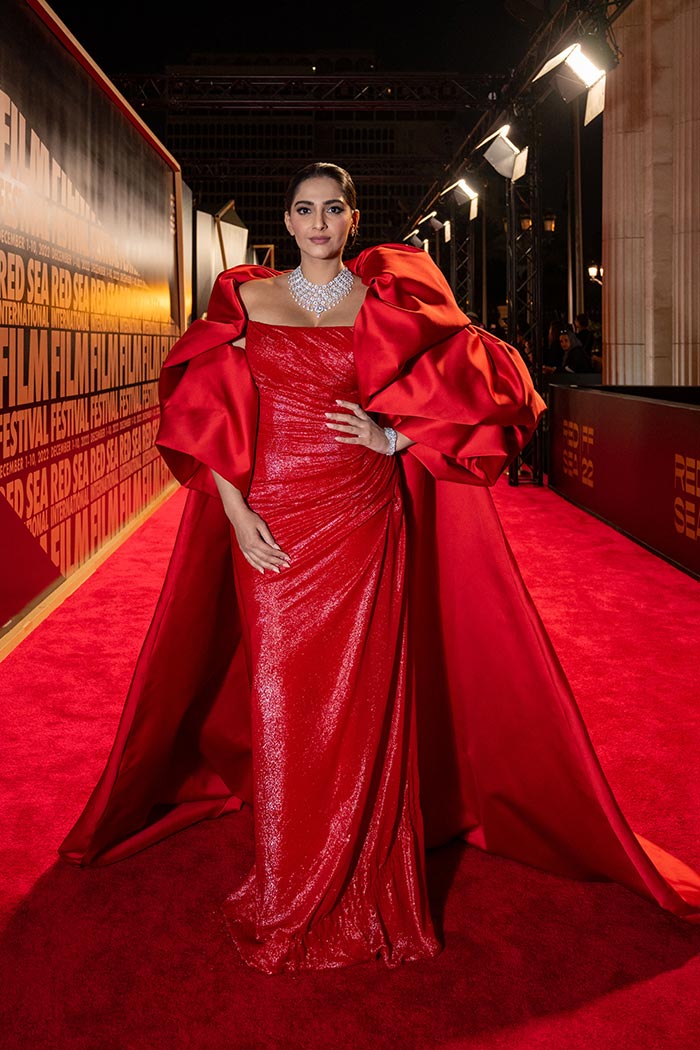 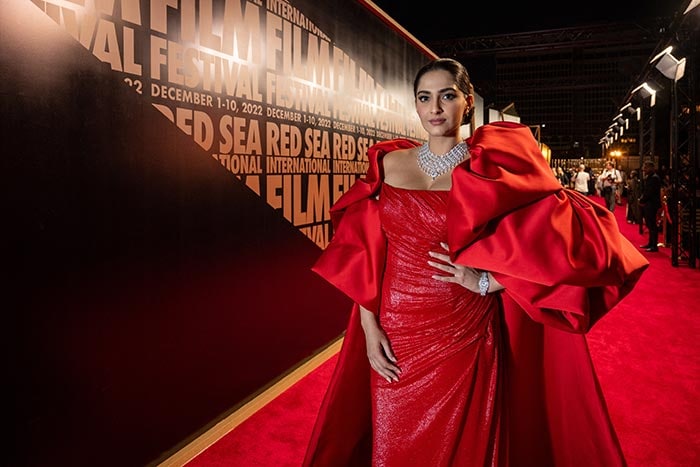 In terms of work, Sonam Kapoor had a cameo in Netflix’s thriller AK vs AK, starring her dad Anil Kapoor and filmmaker Anurag Kashyap. She was last seen in the 2019 film The Zoya Factor, co-starring Dulquer Salmaan and Angad Bedi. The actress will next be seen in the Shome Makhija’s film Blind. The actress and husband Anand Ahuja welcomed their first child, son Vayu in August this year.