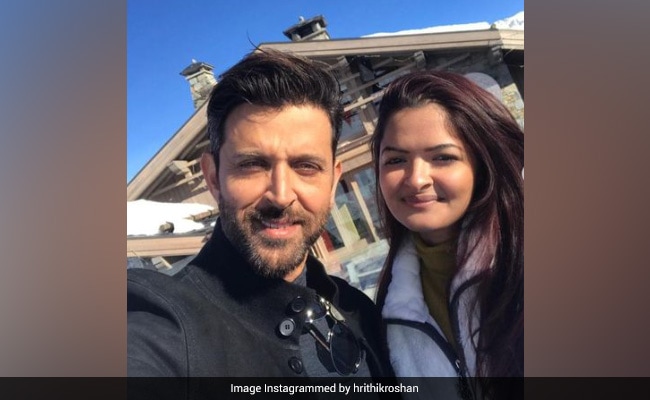 Hrithik Roshan shared a special birthday post for his niece Suranika, daughter of Hrithik’s sister Sunaina Roshan. Sharing a set of pictures on Instagram on Wednesday, the actor wrote, “Thank you for being born as my family. But in a different world, if you were not and we met as strangers, I’d definitely want to be your friend! Happy birthday beautiful Suranika. Love you!” Hrithik’s pictures included Saba Azad, his ex-wife Sussane Khan, his sons – Hridaan and Hrehaan Roshan – his parents Rakesh and Pinky Roshan among others. Hrithik’s emotional post caught the attention of his girlfriend Saba Azad, whose comment read, “Dawwwwww look at you lill Suru been cutest birthday baby ever” with star-eyed emojis.

Hrithik’s post has garnered over six lakh views in less than an hour since it was uploaded. In the many pictures shared by Hrithik Roshan. One of the pictures also featured Saba Azad, who can be seen posing from the terrace along with Hrithik’s niece Suranika. Saba can be seen wearing a yellow top in the picture.

Hrithik Roshan is waiting for the release of his upcoming film Vikram Vedha, also starring Saif Ali Khan in the lead role. Directed by filmmaker duo – Gayathri and Pushkar – the film is the official Hindi remake of the 2017 Tamil film of the same name and directors. The Tamil version of the film features R Madhavan and Vijay Sethupathi in the lead roles. The film is set to release globally on September 30.